Coinbase has asked the Securities and Exchange Commission to clarify which digital assets are to be treated as securities in response to the litigations filed by SEC against it a few days back. Along with this, SEC is also asked to give the answers to the questions raised by coinbase

Currently, the SEC is being highly criticized for the existing regulations governing digital assets in the crypto industry. However, Coinbase stressed the importance of the establishment of clear standards, given the market crash that has bankrupted various companies and has wiped out trillions and billions of dollars over the past few months.

There are some major foundational hurdles regarding Crypto, one of which is that securities rules do not work for digitally native instruments. The petition states “digitally native securities” as being “recorded and transferred using distributed ledger technology” without reliance on centralized certified forms of ownership that typically characterize traditional financial instruments. 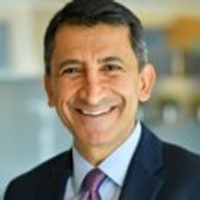 Followers : 0 View profile , Coinbase’s first chief policy officer, argues that Crypto needs an updated rule book for safe guidance and fair practices and that crypto assets that do not fall in the category of Securities should be out of these rules. The execution and the settlement of all the transactions are done in real-time and are permanently recorded on blockchains with equal access to all users.

So, due to these features, the assets’ rules are both unsuitable and incomplete. The petition further clarifies that the US does not have any clear and definite rules governing the trade of these digital assets. The SEC is expected to take note of this.

According to the current Chairperson of SEC-gary gensler

Followers : 0 View profile , proper registration is required for the qualification of these digital assets as securities with authority. Gary Gensler has sharply repudiated looking into the tokens that fit the definition of securities.

Currently, 9 tokens are labeled as securities by the SEC, including an Ethereum-based one called Amp, which has an overall market cap of about $700 million. However, the tokens were revealed in a complaint filed this week by the SEC against Coinbase, accusing 3 men of Insider Trading, including former Coinbase product manager Ishan Wahi, his brother, and a friend. As per the reports, the accusers earned over $1.1 million in illegal profits by playing with the exchange’s Confidential information.