Popular crypto Analyst, anonymously known as InvestAnswers, took to his Youtube Channel to break down the possibility of a Bitcoin explosion to $773,000 with the recent partnership between Coinbase and BlackRock.

Followers : 0 View profile announced its collaboration with the biggest asset manager in the world – BlackRock, to bring cryptocurrency trading to BlackRock’s wealthy and institutional clientele.

The news came at a great time for Coinbase, as the asset had been suffering major losses over the past few months.

However, this collaboration might prove fruitful for other assets and the broad crypto space as well.

How Could The Deal Impact Bitcoin?

BlackRock’s institutional partners are excited to access digital assets, and now will be able to manage their bitcoin org

The host of InvestAnswers informed his 443,000 Youtube subscribers that the partnership could move Bitcoin’s market cap by at least a trillion dollars. 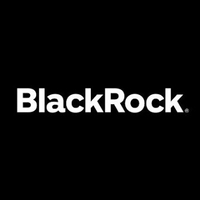 He went on, “Now if they allocate 1%, which of course will take time to get to that level, that would add about $2.1 trillion to the market cap, $150,000 to the price, and that would take the future price of Bitcoin to $173,000, which is a 652% gain from here. If they add 5%, which is what Dan Tapiero says, I think it’s way too aggressive. Maybe over time, maybe in the next three to five years, that could be possible. That would take the price of Bitcoin to $773,000 in the next three to five years pretty easily.”

Recently, Tapiero had predicted that the deal between BlackRock and Coinbase could catalyze Bitcoin to reach above $250,000.

“Chart that got BlackRock excited about the partnership with Coinbase! No bigger macro opportunity for BlackRock than acting to facilitate Bitcoin adoption. [A] 5% shift in BLK assets is $500 billion, greater than BTC value today. The catalyst for a path to $250,000+ posts BTC halving becoming clear.”

As of now, BlackRock is managing over $10 trillion worth of assets.