On 3rd August, Coinbase custody made an announcement that it would be expanding its services by adding existing and upcoming digital assets to its platform. The purpose behind this will be for storage only.

The first declaration was made via blog saying their institutional custody service is “exploring a range of new assets”, such as XRP, XMR, EOS, and NEO. Coinbase also mentions that potential additions will not be affecting the company’s tradable assets.

Coinbase Custody is exploring the addition of many existing and forthcoming crypto assets for storage only, and will be working to add them as quickly and safely as possible. At this time, we have not yet considered these assets for trading.

As cryptocurrency holds the momentum being the mainstream, systems like pension funds and other institutional firms are looking to add it within their portfolios. This depicts a golden opportunity for investors; however, the recent business that has lined up for the same purpose is Coinbase. It is one amongst the best-decentralized exchanges.

From 2 July 2018, Coinbase Custody was officially available for business. At that time, the company only supported four digital assets including Bitcoin (BTC), Bitcoin Cash (BCH), Ethereum (ETH), and Litecoin (LTC). However, yesterday around 20:36 (UTC), a tweet was sent out announcing the news to support 40+ digital assets.

According to the blog post, the overall details about the new assets concerning ERC20 tokens, Coinbase Custody is also exploring various digital assets mentioned below in the image; 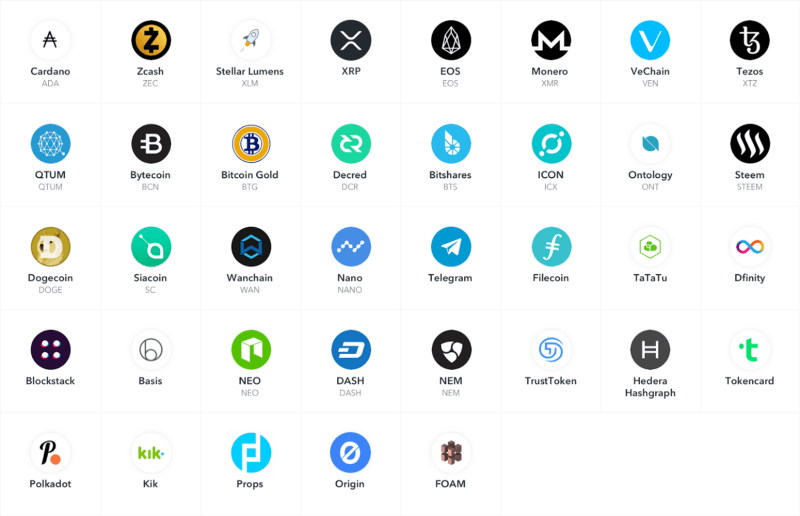 At this moment, Coinbase is not considering these digital assets for addition to its trading products. According to the announcement, the selective assets must pass Digital Asset Framework placed by Coinbase.

The user might have issues with public-facing APIs and other signs. Therefore, it is due to the platform is conducting engineering work for the asset support. The platform is yet not sure as to when these assets will become available on their Coinbase Custody. However, the company will keep the updates ongoing regarding the process.