LINK Token Trades at over $8

Chainlink is driven by bulls yet again ever since it entered the top 10 positions recently. At the time of reporting this, Chainlink is trading at $8.08 with an increase of 12.67 percent.

While $Link token continues to rip higher, some of the users predict a long way in the coming times. One of the users in his tweet mentioned that the token could reach $1000 per coin by the end of the year.

For the first time, Chainlink beats Binance Coin to reach the ninth position on the Coinmarketcap ratings. Interestingly, Chainlink had also overtaken Litecoin(LTC) and attained eight positions, but unfortunately, it fell again to ninth rank. 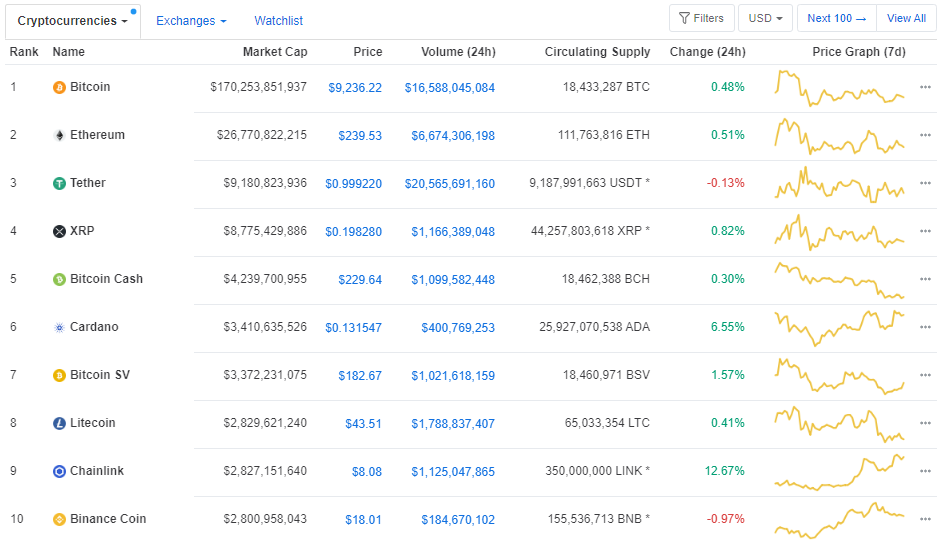 While many are excited with the chainlink’s bull run and also filling up $LINK into their wallet, some of the influencers still believe it might be a bubble.

Ryan Selkis, founder of Messaricrypto, in his tweet, mentioned that chainlink lacks fundamentals of crypto in terms of macro view. As per him, Link is hitting new heights without having any macro fundamentals.

In his tweet, he compares Chainlink with XRP. He wrote;

“It’s like XRP without the long institutional con”, he says. As XRP a couple of years before was skyrocketing and many people invested in it but unfortunately, it slipped down miserably. And now, it trades in cents.

More so, it’s worth noting that the fourth-largest cryptocurrency, XRP had once rallied higher than that of Ethereum (ETH) in terms of market capitalization. The token had surged to $3/coin back in 2017 and impressed most traders and enthusiasts who made their way to investment in XRP. Unfortunately, the token couldn’t stick on 2nd position, fell to third, and currently sits at the fourth largest spot.

You may also read – ChainLink Price Analysis: LINK is Experiencing a Bull Run

“We’re going to return the internet back to the people to whom it rightfully belongs, and to do that, we’re going to integrate Chainlink’s powerful smart contract middleware throughout the project, which will secure point to point transactions across this new digital ecosystem and social net.”

Finally, we can say that a bull run is going on for Chainlink and we hope it stays in the top 10 list for long. But as per some influencers and crypto giants, Chainlink may slip down as XRP.

What’s your take on it.!

Cardano’s DEX Sundaeswap Fails To Impress The Audience! Will, It Soon Fixes The Bugs To Reach Billion Mark In TVL!

Bitcoin To Take The Entire Crypto Market’s Capitalization Down To $250 B?