Bitcoin filled the air with excitement when it started a bull tantrum which pushed its price beyond $10,000 on June 2. However, the excitement was dampened suddenly when bitcoin plunged by 6% in minutes. The bears stepped in to quench every little hope of inbound price gains.

While trying to find support above the $10,000 level, the top cryptocurrency was met with a heavy inflow of selling pressure. This provided enough resistance to send the crashing heavily, as BTC failed to test the support at the $9,500 mark.

At the moment, BTC/USD is hovering around the support level at $9,500 and the markets are showing signs of an equilibrium. There are incoming days of sideways trading around the level like we have seen in the past days. In the event that this comes to play, BTC will build strong support at $9,500 while the $10,000 mark remains the initial level of major resistance.

Bitcoin is presently changing hands at $9,507 having slashed gains from yesterday by a considerable percentage. Its market capitalization records $175.15 billion and 24 hours exchanged volume looks good at $34.75 billion.

Also read Get Your Tesla CyberTruck with only 1BTC – Bobby Lee

Bear movement being immediately followed by sideways trading indicates a major indecisiveness in the market. The next direction is highly unpredictable and may begin another major cycle. If the bulls push with greater momentum, we may price testing the next resistance area at $9,600. A move beyond this will send price cruising towards $9,800 in the short term.

The next level of major resistance lies at the 78.6% fib level, where the bulls seem to have been defeated in the past 24 hours. If the bears gain an advantage here, we may see bitcoin price plunge further to establish support near the $9,00 mark. Further push downward is detrimental to short term future prices.

Key levels to watch are: 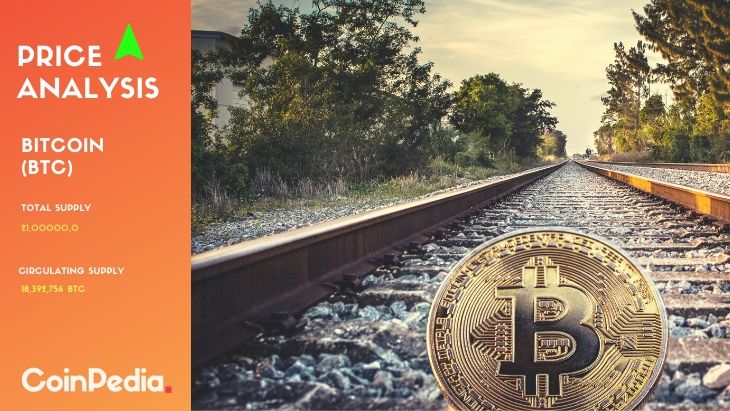 Article Name
BTC Plunges By 6% Amid Sudden Price Crash, Tests Support At $9500
Description
Bitcoin filled the air with excitement when it started a bull tantrum which pushed its price beyond $10,000 on June 2. However, the excitement was dampened suddenly when bitcoin plunged by 6% in minutes. The bears stepped in to quench every little hope of inbound price gains.
Author
Dare
Publisher Name
https://coinpedia.org/
Publisher Logo