Overstock.com Inc. Chief Executive Officer Patrick Byrne says he’s planning on selling his bedsheet business to focus on the blockchain. He told the Wall Street Journal that he intends to focus on its multiple blockchain-oriented startups instead.

The company’s shares experienced a meteoric rise in 2017 and 2018 as it moved to associate itself with the crypto industry. Overstock’s stock skyrocketed to almost 400 percent between July 2017 and January 2018, enjoying the rollercoaster ride in the cryptocurrency market in that period.

However, in 2018, fortunes have significantly turned to the worse. A prolonged bear market for cryptocurrencies has also taken its toll on Overstock as well. Its shares have been plummeting. Overstock has reportedly lost $163.7 million in the first nine months of 2018.

How it all Started?

In 2015, Byrne threw a party at Nasdaq Inc.’s Times Square broadcast studio to unveil his newest project, a blockchain-based trading system called tZero. However, it’s 2018 and tZero, one of overstock well-known blockchain startup, still hasn’t launched commercially. This is one of the more than a dozen other blockchain startups Byrne is staking his company’s future on. In October, tZero issued its preferred tZero security tokens.

I don’t care whether tZero is losing $2 million a month,” Byrne told Wall Street Journal. “We think we’ve got cold fusion on the blockchain side.

Byrne is not backing down

Byrne is a firm believer in the potential of the blockchain. He’s convinced that the technology will someday disrupt commerce. That conviction seems to be driving is an attempt to sell Overstock’s retail business, which began twenty years ago to sell surplus goods on the internet. He wouldn’t name the potential buyers but expects to wrap up a deal by February. Following Byrne’s major sale announcement, Overstock’s shares surge by 23 percent on Friday.

Shareholders at Overstock will hope he’s making the right decision to spend the company’s resources on the development of blockchain. The immaturity of the cryptocurrency and blockchain industry can be seen in the constant volatility of prices.

Overstock is investing in blockchain solutions through its subsidiary called Medici Ventures. Medici lost $39 million in the first nine months of 2018, after recording a loss of $22 million in 2017. 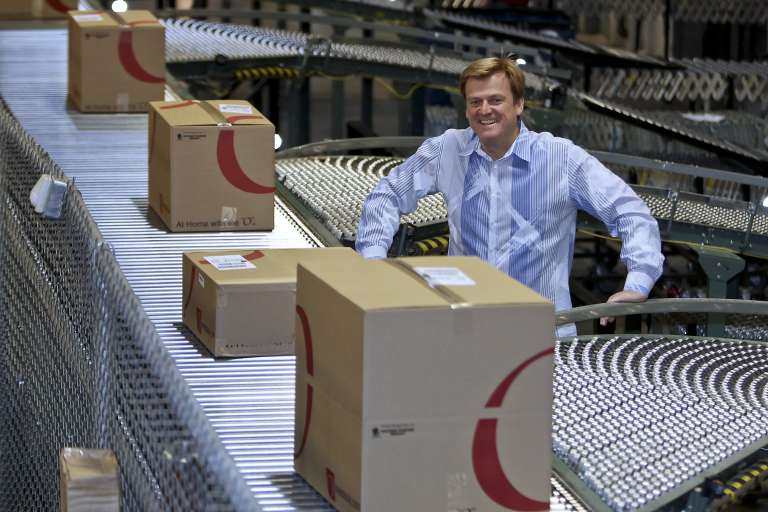 Article Name
Overstock's Founder Sells Bedsheet Business, Sticks With Blockchain
Description
Patrick Byrne is so sure about the possibilities of the blockchain that he’s ready to sell Overstock’s retail business to focus on it.
Author
Feranmi Akeredolu
Publisher Name
Coinpedia
Publisher Logo