Local news outlet TASS reported on March 27 that some of Blockchain and Digital currencies in China, Russia, and South Korea are planning to register a mutual lawsuit against four media giants- Google, Facebook, Twitter, and Yandex for banning cryptocurrency related ads.

At the start of the year 2018, Facebook has updated its advertising policy regarding the prohibition of cryptocurrency advertisements. This move was the awful notice for some crypto followers. It has been reporting that many companies use Facebook platform for the promotion of their financial products including cryptocurrencies, ICOs, and binary options, but they operate in an unfaithful way.

Later, Alphabet Inc. Google followed the drift in March, however, ban on cryptocurrencies will commence in the month of June. Most recently, notable social media platform Twitter confirmed the ban on advertisement of cryptocurrency on its platform, particularly for token sales and ICOs.

The Russian Associations of Cryptocurrency and Blockchain, a Chinese association of crypto investors, and the Korea Venture Business Associations. Those are the organizations participated in the upcoming lawsuit against four social media and tech giants.

“We believe that this is a use of the monopoly position of these four companies. However which have entered into a cartel agreement with each other in order to manipulate the market. The ban from these four organizations has led to a significant drop in the market in recent months”.

The three Blockchain and cryptocurrency associations have created the Eurasian Association of Blockchain. So as to generate funds to support and progress the lawsuit. A local news outlet, RIA Novosti reports that Pripachkin stated that anyone interested can “chip in” to the crypto fund. Further, he adds that any of the companies’ shareholders found owning a crypto wallet would be put on trial:

“We believe that if it turns out that the shareholders or managers of these companies own crypto wallets. However which they use for personal gain, using the position of their companies, they are subject to prosecution”.

The lawsuit will be registered in the US, It was noted by Pripachkin that some of the states of US are “loyal” to cryptocurrencies, mentioning Wyoming. 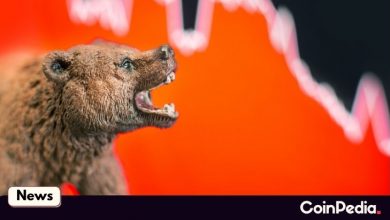