According to the reports, Bithumb has already achieved across $35 million USD in the first half of 2018, despite facing the recent hack.

Bithumb is the second leading cryptocurrency exchange in South Korea. After seeing a month closure, the company will reopen account registrations. The reason clearly specifies the exchange is regaining its partnership with Nonghyup (NH) Bank.

Yonhap says that the new agreement is said to come into action by today. However, the news is already sparking the significant uptick in the trading volumes of Bithumb.

The Nonghyup Bank spokesman says that we decided to keep the investor assets separate, and we will not accept interest or deposits.

According to the rules in South Korea, cryptocurrency exchanges need to offer virtual bank accounts. This ensures users to deposit and withdraw Korean won with ease without facing any bank issues. This also takes care about the efficiency and security of the process.

On August 30, Nonghyup Bank which is one of the largest financial institutions in South Korea is going to sign a deal with Bithumb providing these virtual bank accounts back to Bithumb users.

In exchange for regaining banking support; Bithumb has decided to follow particular requirements as per the South Korean dictation law.

One of them includes forbidding foreign citizens to use the exchange. Bithumb needs to maintain the measures such as to ensure traders link their exchange accounts with the actual bank account. Back in January, these new set of measures was previously announced by the Government.

Greeting thanks to the new concept of this deal, that Nonghyup Bank is renewing its partnership with Bithumb. This will surely allow fresh joiners to sign up and trade via exchange platform with the start of this week.

The Volume Spikes Prior to the Announcement

It is clear that the cryptocurrency exchange volume spikes instantly following the announcement. However, in this case, the first surge in the last few days, according to the CryptoCompare indicates: 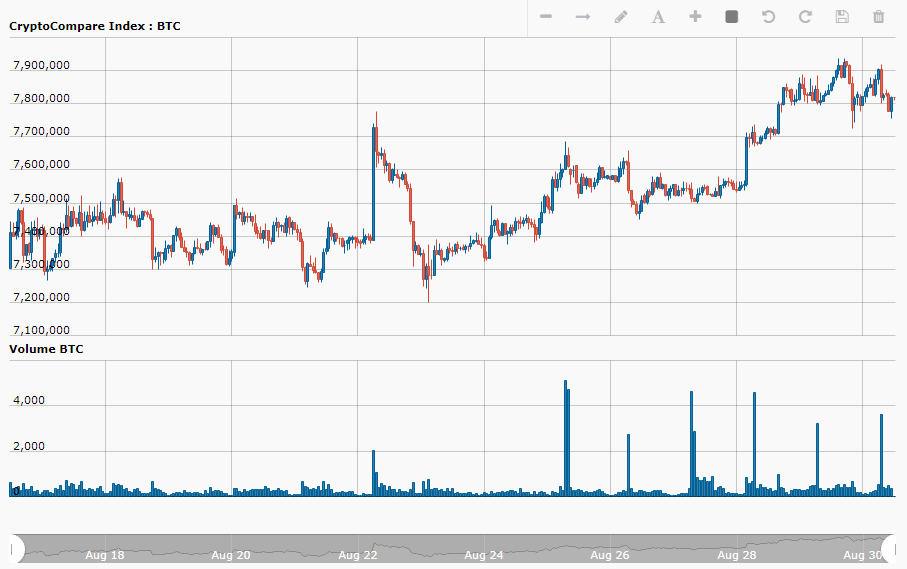 Interestingly, analyzing the data at CryptoCompare for BTC-KRW (Bitcoin-Korean Wong) market share, there was a deep decline in the weeks after the attack.

According to CoinMarketCap analysis report, the trade volumes BTC-KRW on Bithumb spikes up 70 percent in the recent 24 hours.

The market share of Bithumb was bouncing back within weeks substantially. However, in the previous few days, there has been a growing activity prior to the announcement, basically this morning. This could be counted as a possibility of pre-emption from investors as of now:

What was the Market Reaction?

As seen in forums and analysis report, the market is already reacting to the announcement. The trading volume on Bithumb has been growing steeply in the previous 24 hours. Together with every leading coin are currently been seen in green, i.e. gains. At the time of writing, Bithumb is ranking with $362.4 million in trades after the news announcement.

Bithumb is Successful to Regain the Partnership

There were two establishments that have been affiliated before. Back in July, Nonghyup Bank has denied their services for Bithumb after the hack that exchange went through in June. In the hack, Bithumb has lost around $14-$17 million.

There were eleven distinct cryptocurrencies that were influenced during the hack. This is not the only issues that Bithumb has recently gone through. Earlier this month, the exchange in South Korea has blocked any new user accounts, including deposits and withdrawals.

Bithumb trade volumes were also been dropping because of its banking issues. Currently, the fifth leading exchange of the world is all set to skyrocket the market space.

What do you think about the announcement made by Bithumb? Connect with us via Twitter and Telegram.