South Korean based the largest cryptocurrency exchange, Bithumb announced to add new coins. On 29th May, 2018 at 11:00 PM, a tweet by Bithumb states 0x(ZRX) and Augur(REP) will be the latest coins on its platform. 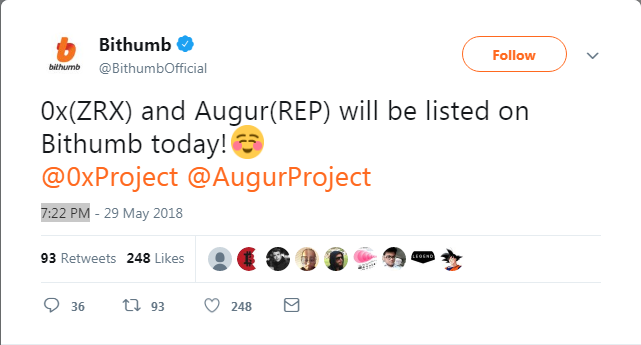 Ox(ZRX) is an open permission less protocol for decentralized exchange of Ethereum tokens. It is avail for ERC20 tokens to be traded on the ETH blockchain. In Ox protocol, the orders are transporting off-chain by immensely lessening gas costs as well as eradicating blockchain bloat. However, Ox(ZRX) is more trust-able, share liquidity and open source. 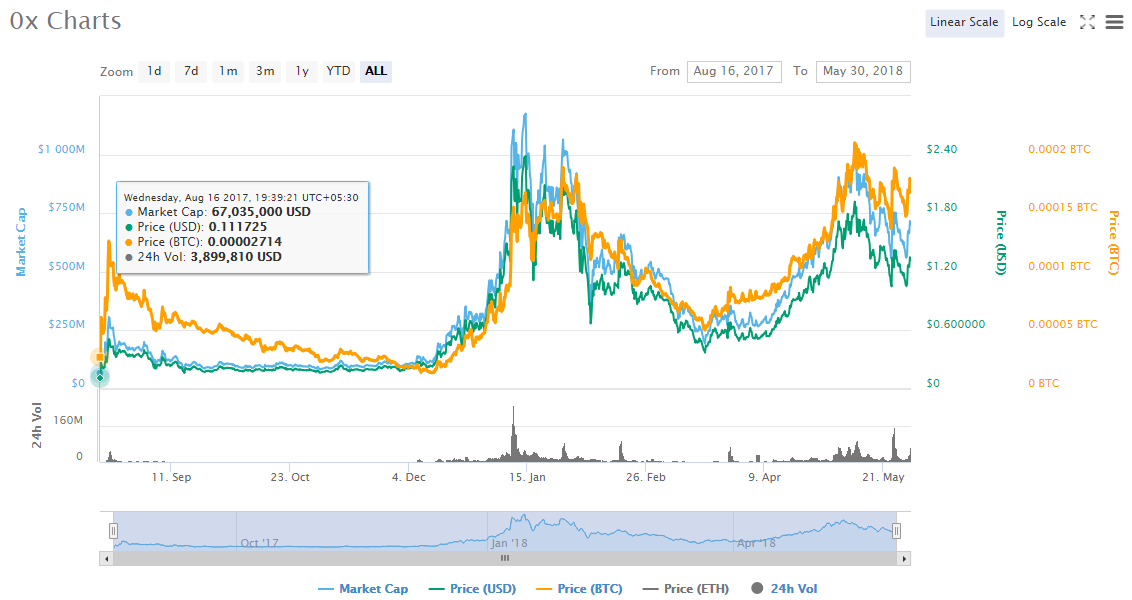 Augur(REP) is an open-source, decentralized peer-to-peer oracle and prediction market platform built on the Ethereum blockchain. Therefore, it allows users to easily create market predictions on the outcome of any future event. 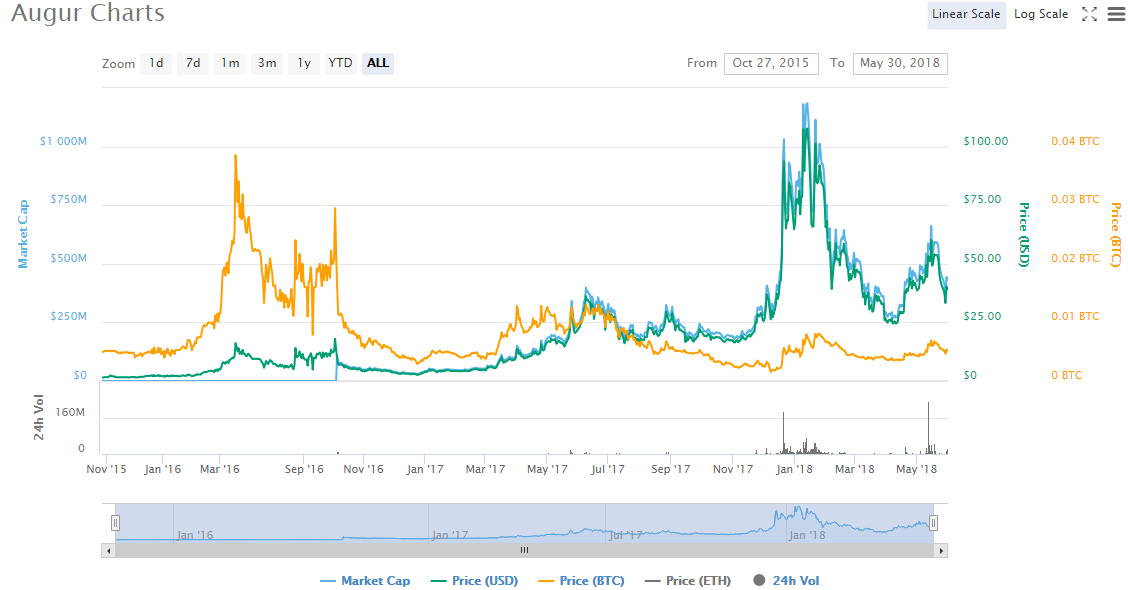 Bithumb Exchange holds the world’s sixth and first in South Korea in terms of trading volume. In its latest decision announced on May 27th, 2018, Bithumb will be imposing ban on countries monitored by NCCT initiative. Under NCCT, the regulations intend to prevent trading platforms that are using for to money laundering, financial terror or illegal activities.

As a result, the Bithumb will not accept users from 11 countries listed under NCCT. However, by June 21, 2018 it is expected to disable the existing users accounts from those particular countries.

In this regard, Bithumb spokesperson said,

“The Bithumb team will voluntarily impose strict policies as well as cooperate closely with local financial authorities. Thus, to increase the transparency in the cryptocurrency market and protect investors. With progressive voluntary policies, Bithumb will improve the global standard of cryptocurrency exchanges”.

Bithumb to lower the withdrawal limit

On Monday, 28th, 2018, Bithumb announced that starting on June 4th, it has decided to “gradually reduce the withdrawal limit for customer accounts that have not converted to real-name confirmation accounts”. Therefore, the announcement closely follows the action of Bithumb imposing ban on crypto trading in 11 countries. On top, it also ensures to strict account verification process for international user.

Do you have interesting stories on Cryptocurrency Exchanges? Get it listed on Coinpedia.