According to Lookonchain, an on-chain consulting company, Alameda Research only controls 56 Ethereum addresses, which marks a decline from its possession of $500 million on October 1st. At the time of this writing, the amount of Ethereum held in Alameda’s wallet had decreased by fifty percent.

This week’s cryptocurrency market crash may be directly attributed to the FTX-Alameda controversy. There was an increase in the amount of selling pressure being applied to Bitcoin (BTC), Ripple (XRP), and Binance Coin (BNB). The price of Ethereum has dropped by about 17%, which sent it far lower than the 76.4% Fib retracement level of the primary advance that occurred from the swing low of $1,200 to the high of $1,600.

On Tuesday, the decentralized autonomous organization (DAO) BitDAO became involved in the FTX-Alameda dispute as the value of the DAO’s native currency, BIT, fell by 20%. BitDAO is one of the biggest DAOs. According to the claims made by the CEO of bybit 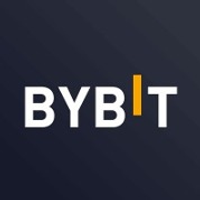 “The BitDAO community is questioning the sudden dump of $bit token caused by Alameda dumping and breaching the 3 yr mutual no sale public commitment. Nothing is confirmed but the BitDAO community would like to confirm proof of funds from Alameda,” tweeted Ben Zhuo.

The community that is behind BITDAO, which is backed by the cryptocurrency exchange Bybit, the venture capital firm Pantera, the billionaire Peter Thiel, and a number of other funds, has requested that the trading firm Alameda provide evidence that they continue to hold 100 million BIT tokens, which they acquired in November of the previous year by converting 3.36 million FTT tokens. As part of the agreement to exchange tokens, Alameda was expected to keep them for a period of at least three years.