The Federal reserve is fiziting to put as much money into the economy as it could by pumping more dollars into circulation to absorb the effects of the COVID-19 lockdown. Meanwhile, Bitcoin, on the other hand, is steadily rising reclaiming much of the values it recently lost when it’s price plummeted in the previous weeks.

The price of Bitcoin is consistently pointing upwards as the Federal Reserve takes extraordinary measures to try to contain the effects of the coronavirus pandemic. Bitcoin recently increased to $6,863 after selling between $5,700-$6,000 during the last 24 hours. Many major charts reported the increase in all major exchanges.

It is not a coincidence that the price of Bitcoin increased after the U.S Federal Reserve announced moves to increase the amount of dollars in circulation unlimited. The Feds revealed that the move is meant to ease the effects of the coronavirus pandemic in the country which has seen lock downs of major cities and suburbs with unemployment figures skyrocketing.

Is this Bitcoin Soaring Natural?

Experts believe that the steps the Feds are taking is causing a positive shift within the Bitcoin network. The Feds and the central banks of other countries are vying for unconventional measures in their desperate attempts to control the economic pressure being mounted by the COVID-19 pandemic. However analysts in a multiple on forums are saying the rational decisions the central bank is making is benefiting Bitcoin.

Analysts revealed that there will be an increasing capital injection into Bitcoin as the world losses trust of central banks and governments during the pandemic. Recently central banks took another unconventional step to cut interest rates on borrowing to zero to boost the economy during the COVID-19 recession. Other banks on the hand are implementing a negative interest policy.

As central banks losses out in the fight to keep their economies in shape as Coronavirus rages, a gap is left for Bitcoin to fill. Many cryptocurrency experts took to twitter giving their predictions of the path Bitcoin would take as central banks are losing control. Meanwhile some observers are sentimental that the central bank crisis will consolidate Bitcoins position as the Currency of the Internet.

However, Bitcoin will Have to Beat some Odds to become Mainstream

Although Bitcoin’s long term future is promising, the cryptocurrency characteristics will heavily be directly proportional to events within the stock markets. According to researchers reports the 3 months correlation between Bitcoin’s price and the Stocks market is at it’s all-time high at 0.52. The latest Feds money injection into the economy caused a positive effect on the stocks exchange market with most of the major global equities rising significantly. The price of gold too went up by above 3 percent. It is possible for Bitcoin to break the $7,000 boundary within the coming 24 hours.

However, the market still has to sustain its current trends at least above $6,900 and continue to break the $7,000 boundary to reach $7,500 or $8,000 in the coming weeks. But we should all note that as it took just a few hours for Bitcoin to decline to $4,000 during a negative market trend, the cryptocurrency can jump to above $10,000 in a matter of hours in the right market conditions which we are currently experiencing. 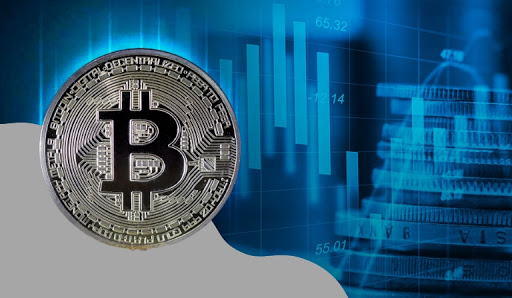