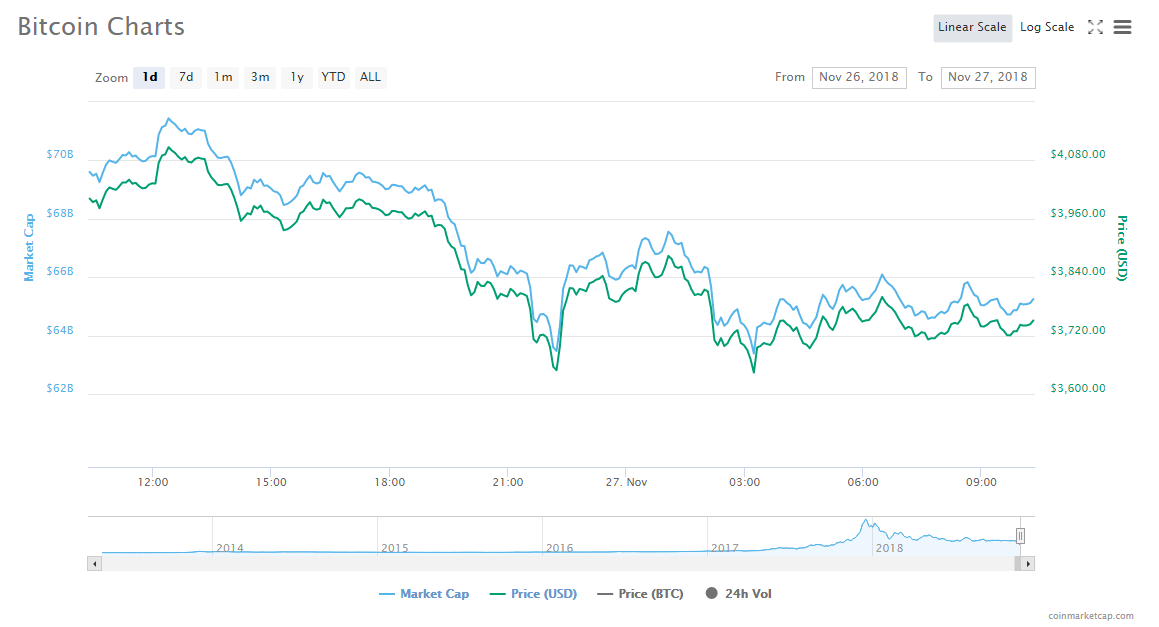 The uptrend is not to be seen since the prices for Bitcoin is dipping continuously and shows no signs of upward momentum.

The downtrend for Bitcoin in the one-day timeframe for Bitcoin ranges from $8390 to $3936.

The support in the longer time frame, i.e.,  one-day timeframe seems to have disappeared.

Two resistance points can be seen that ranges from $7359 to $6750. The rest of the chart shows nothing but brutal dips by Bitcoin.

The Bollinger Bands experienced a squeeze and have since been on an expansion, which shows induction of volatility in the market. The prices have hit the lower band indicating an oversold market.

The Awesome Oscillator shows a bearish momentum increasing as the red spikes are increasing without stop.

The uptrend for Bitcoin has vanished from the horizon as the downtrend progresses and the prices dip further down.

The SAR dots can be seen supporting the price of candles from below which indicate a clear bullish trend or presence in the market for Bitcoin.

The RSI has recovered from wandering in the oversold zone and hanging in between the 50 and the 40 line.

What do you think about the price fluctuations bitcoin is imitating? Share your thoughts with us via Twitter and Telegram.