Bitcoin prices look slightly bullish since the prices have bounced off of the support and show a slight green trend after a very long time of the bear market. 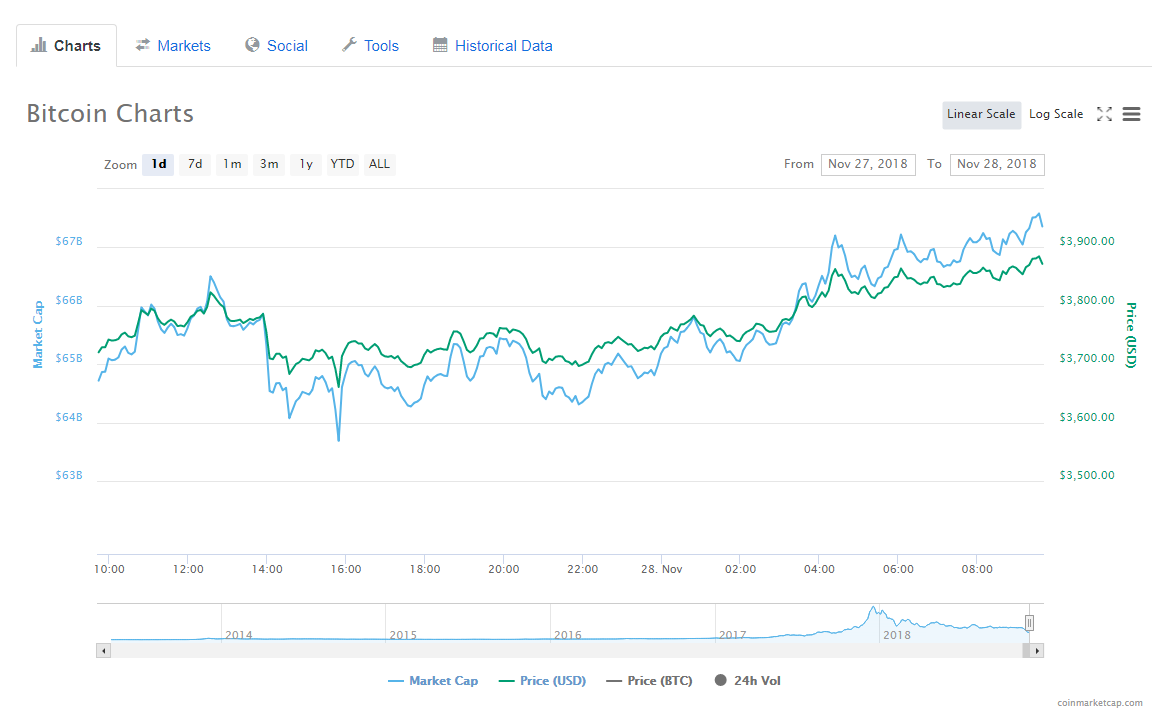 The uptrend is blown out of the playing field since the bears have mutilated Bitcoin.

The downtrend for Bitcoin in the one-day timeframe for Bitcoin ranges from $9799 to $3800.

Bitcoin prices are supported at $3800 which is quite higher than the earlier supports.

The resistance points for Bitcoin can be seen that ranges from $7359 to $9799. The rest of the chart shows nothing but brutal dips by Bitcoin.

The Bollinger Bands experienced a squeeze and have since been on an expansion, which shows induction of volatility in the market. The prices have hit the lower band indicating an oversold market.

The Awesome Oscillator shows a bearish momentum increasing as the red spikes are increasing without stop.

The prices are moving up but it is too soon to have an uptrend form yet.

The downtrend for Bitcoin seems strong and it ranges from $5495 to $3799, in one length without any breakups.

The support for Bitcoin is holding steady at $3605, even though the prices bounced off of this point three times in the last two days.

The MACD line has crossed the signal line which indicates a bearish crossover. The histogram, however, shows green bars as these lines are going up.

The RSI has crossed above the 50 line and is almost reaching the 60-line, which shows a slight bullish trend.

What’s your opinion on the fluctuations of Bitcoin? Share your ideas on this topic and many more on our Twitter and Telegram pages.