Is Bitcoin done with the bearish movement, with a short-term reversal pattern forming? Or is it going to continue its south run? 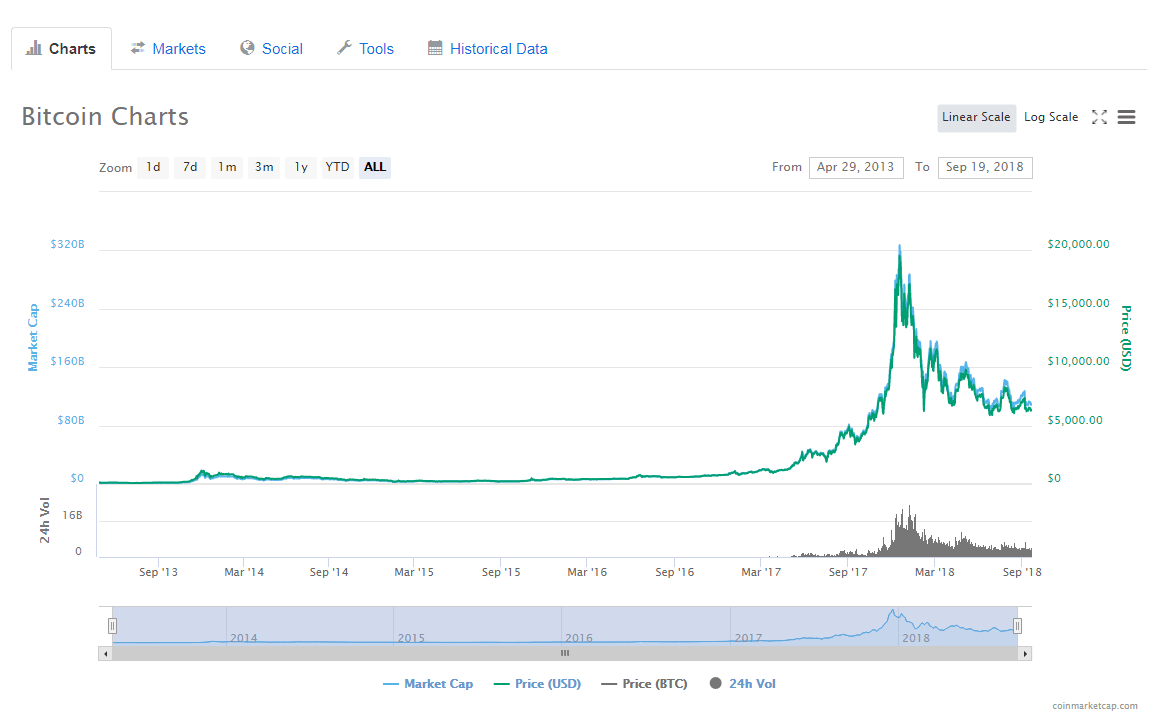 Bitcoin may end its bearish movement as it failed to break the $6200 low after two attempts. For the reversal pattern to form, the price barrier has to break the neckline at around $6600.

Analyzing the SMAs, the 100 SMA is clearly above the 200 SMA for now, to suggest that the path of least resistance is nowhere but up. Moreover, up-trend is obvious, as the gap between the trends is narrowing. It can also be observed that the prices are well below the inflection points which could suggest that these prices are holding as dynamic resistance for now. However, if the sellers continue to dominate the trade, the Bitcoin price could very well test new lows.

The RSI seems to be pointing downwards and may very well end up going lower, indicating that selling energy is still present in the market. However, Stochastic is after the south run indicating oversold market.

Ethereum has recovered enough to be consolidating at $200 mark. 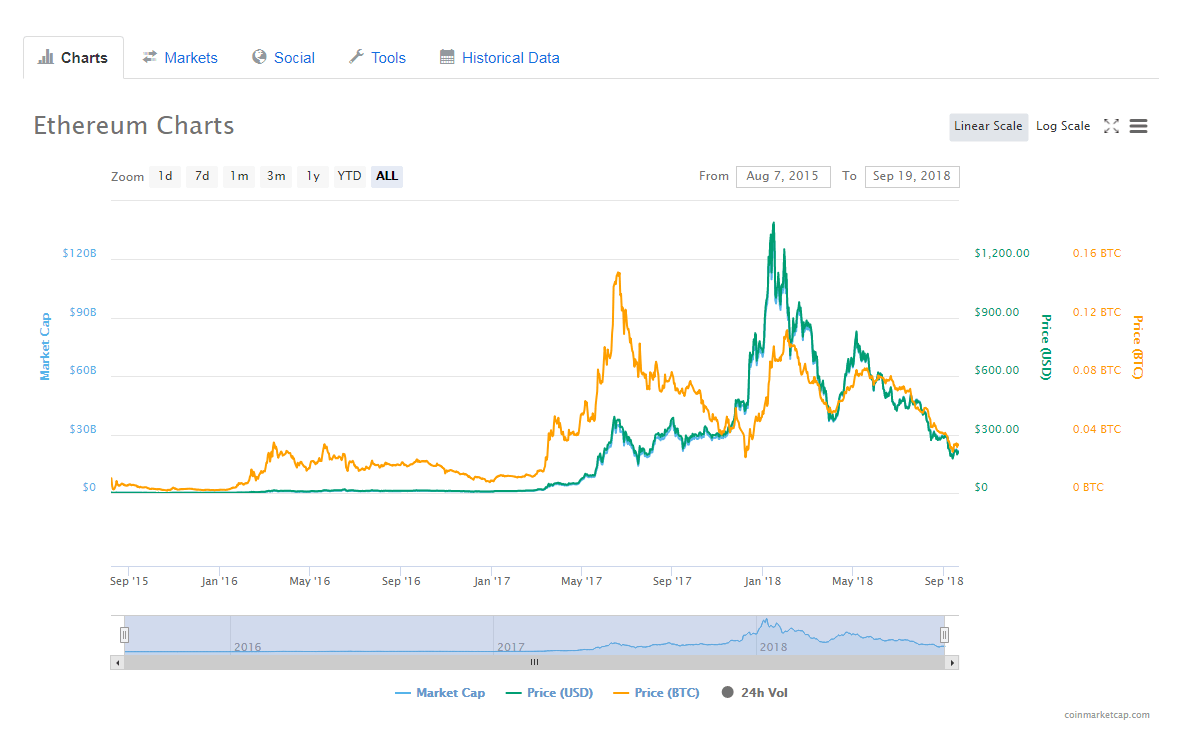 Ethereum, like Bitcoin, was at the forefront of declines that saw the market descend to yearly lows. Bitfinex announced the launch of Ethfinex – an Ethereum based hybrid trading platform.

However, Ethereum prices didn’t seem to care about the above launch, as the prices dipped due to selling pressure. Contrary to the hopes of buyers, the drop didn’t stop at $206 but slid down to $190, where it finally found support. The price jumped above the $190-$200 resistance levels. The prices easily crossed the $205 level and the 100 hourly moving average. If the prices cross $200 support level, a medium upward trend can be noticed in the range of $200-$260.

The anticipation ahead of launch xRapid is battering of XRP upwards with almost by 20% overnight gain. 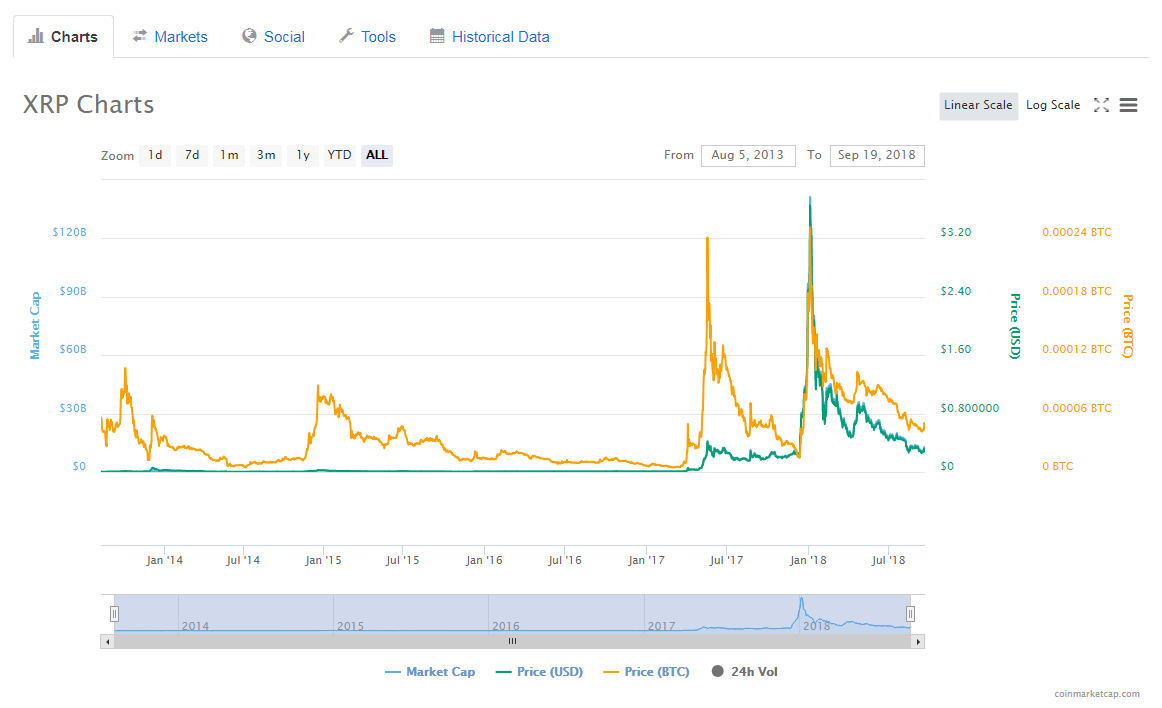 Ripple has consistently shown a downward trend, as seen on the daily time frame, but a reversal is underway  Ripple is bouncing off the resistance prices and we can expect a more upward trend. However, as indicated by the green candle, the prices will soar leading to a bullish run. The price could very well hit a few short halts at dynamic inflection points.

The 100 SMA is well below the 200 SMA, which indicates that it is in the path of least resistance, i.e. downside. The sell-off, however, is yet to continue and a reversal isn’t likely.

RSI still has room and will climb up, which means that the momentum of buyers still persists. Stochastic has a similar run to the RSI before it hits the overbought roof, which shows that the buying will persist.  If the climb persists up to the 0.400 marks, a double bottom formation will occur, which will give the buyers to buy more.