Bitcoin is trending in a very thin range of $250, crypto analyst predicts a bearish trend for the digital asset. Josh Rager, a crypto trader, analyst, and co-founder at Blockroots.com anticipated a downtrend for Bitcoin in the coming days.

Interestingly, he said further that the downtrend is an indication of the upcoming bull run for bitcoin.

He illustrated the triangles in the pattern wherein the first triangle in 2017 saw the digital asset declining and later hitting the apex of the structure. The next triangle also showed a similar pattern in 2019.

Grayscale Investment quarter 2(Q2) report shows $1 billion in investments in Bitcoin, Ethereum, and other digital assets. The report released by the hedge fund investment company shows a huge $750 million investment in Bitcoin only despite the fact that the digital asset has no major outbreak in the past two months.

In the newly released report, new investors represent almost 57 percent of the Grayscale investor base which is more compared to 49 percent in the previous quarter. 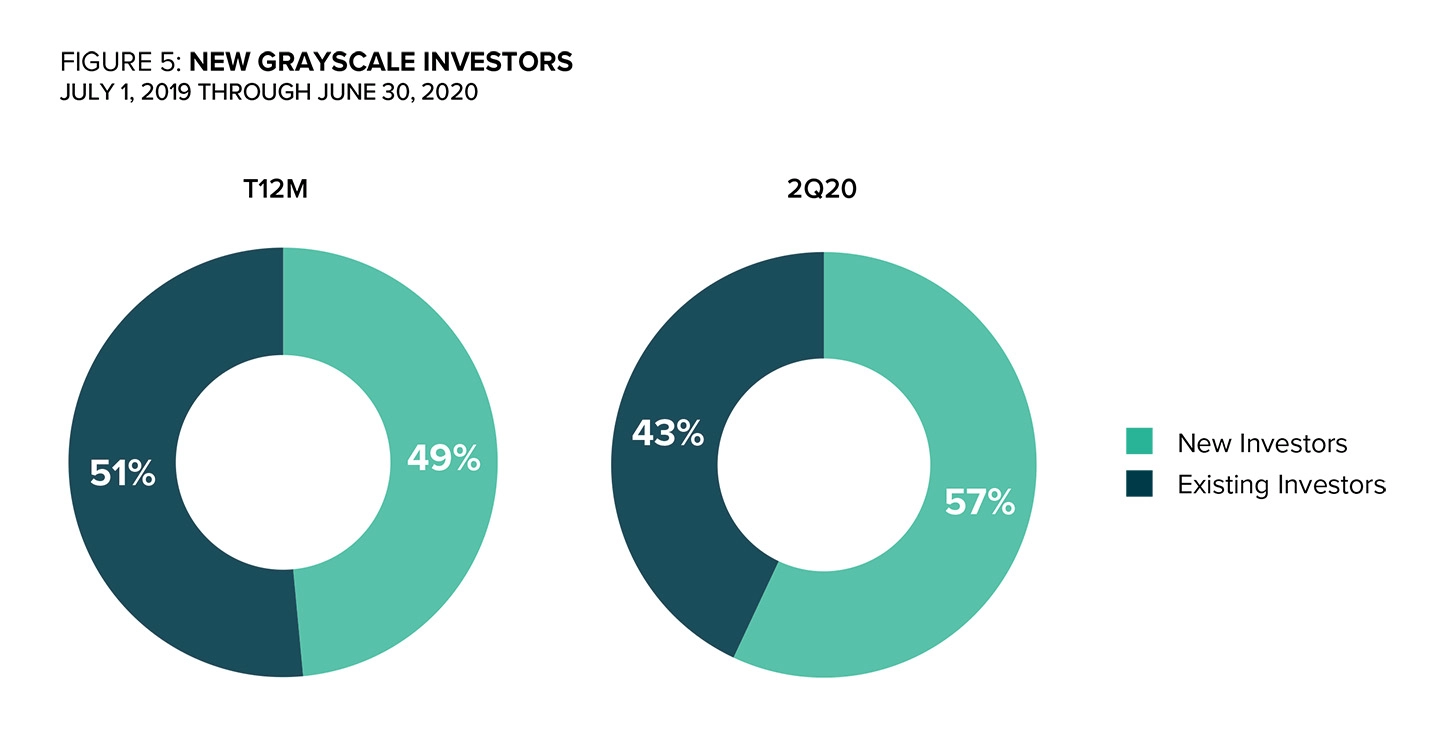 According to the report, 81 percent of the investors have diverted their interest in the emerging altcoins. The report says that,

“While long volatility was the winning trade in 1Q20, volatility was subdued in 2Q20 as risk assets steadily recovered. In 2Q20, digital assets outperformed most indices, and Zcash, Ethereum, and Stellar led the way returning 72 percent, 62 percent, and 62 percent respectively.”

Altcoins too have potential to outperform BTC

Veteran trader Peter Brandt says that Stellar Lumens(XLM) has incredible potential and is capable of being the next major Altcoin in the crypto space. Stellar ranked 14th in the coinmarketcap rating and has witnessed nearly 50 percent gain in the past couple of months. The digital asset at the time of reporting is valued at $0.095 has just begun towards the anticipated goal as per Brandt.

As reported by Coinpedia, Altcoin season is upcoming in this year with major altcoins witnessing a major bull run this year. Chainlink at the time of reporting is in the 8th position of the coinmarketcap ratings beating Litecoin(LTC) behind with 2.45 percent growth in its price.

Other than these, Ethereum(ETH), Tether(USDT), XRP, Bitcoin Cash(BCH), Bitcoin SV(BSV), and Cardano (ADA) are the emerging Altcoins in the top 10 list of coinmarketcap ratings.

You may also read – This Altcoin Becoming Bullish Crypto Asset

In a nutshell, analysts believe a possible breakout in the Bitcoin price in the coming days, not to worry as they plunge to the highest ever records by next year. On the other hand, the huge investments which are almost double than the first quarter might also indicate a major bull run for bitcoin.

How Will LUNA React Post the Fork! Will the Price Recover or Remain Unaffected?

Another Hack On Axie Infinity Network, Here’s How It All Started!