With the pandemic of COVID-19 affecting the economy globally, the trading of Bitcoin(BTC) on a large scale has not changed, says Brad Koeppen, CMT Digital head of trading and business development.

In an email, on March 31, he said that the trading of Bitcoin has not been any different. Further, he added,” Volatility and volumes saw an uptick as BTC sold off with the traditional markets but high volatility is nothing new in Bitcoin.”

He referred to the huge drop of Bitcoin seen on March 11 lasted until March 13 and stressed the problems with the exchange of bitcoin. However, he concluded that such a situation is nothing new in the crypto market.

When Bitcoin saw a major drop in the first half of March, it leaned towards selloffs in the mainstream market.

Koeppen said,“I am not surprised that Bitcoin traded in line with traditional markets during this crisis. He added,” Liquidity is at a premium so people are selling all assets, including Bitcoin. Sometimes Bitcoin is the only market that is open so there have been a few moves in Bitcoin that did not match with a move in the traditional markets. But I expect Bitcoin to have low or no correlation to traditional markets in the long run.”

On the other hand, Vitalik Buterin, Co-Founder of Ethereum in an argument with a Bitcoin developer over Twitter said that BTC was originally designed to serve as Peer-to-peer(P2P) and not as digital gold. He tweeted “I joined Bitcoin land in 2011 and back then I remember a clear vibe that Bitcoin was P2P cash first and gold second.”

The above statement was tweeted by Buterin as a reply to Zack Voell who tweeted that Bitcoin was, is, and shall be digital gold always.

However, it isn’t the opinion of Buterin alone and many others believe that the real purpose of Bitcoin was to serve as peer-to-peer electronic cash. That opinion is backed up by the very title of the Bitcoin whitepaper, published by Satoshi Nakamoto in 2008, the first line of which reads

“A purely peer-to-peer version of electronic cash would allow online payments to be sent directly from one party to another without going through a financial institution.”

But, no matter cash or gold, Bitcoin’s price has moved somewhat independently from the overall crisis faced by traditional markets.

The question that arises here is: Does the cash or gold debate actually matter? If yes, Why?

No doubt the debate occurs due to the difference in views. While some consider it to be cash, others consider it to be digital gold. BTC, when considered as P2P cash, serves as a currency that can be transacted between two people without the need of an intermediary just like the name suggests.

If it is considered as gold, due to its scarce and valuable property and its non-reliability on being used as an everyday transactional currency. It can’t be carried or divided easily and is practically useless for micropayments unless managed and overseen by a giant centralized network of processors and sorting offices (banks). In such a scenario, high transaction fees arise as a matter of course.

But, that doesn’t really matter to the supporters of gold as they see it as an event of the network’s high security which comes from Bitcoin’s dominant hash rate. High fees are more acceptable to users of ‘digital gold’ since they usually transact in larger amounts.

“It was a controversial pivot executed without many participants’ consent. It’s certainly reasonable to be upset about it, though yes, now the pivot has happened, and if you don’t like it you should just use one of the other blockchains whose community expresses different values. Says Buertin who accepts the high fees of BTC and suggests the use of different cryptocurrency for different cases.

Ever since Bitcoin was started, Satoshi Nakamoto’s original blueprint has been interpreted, re-interpreted, and built upon by numerous individuals, entrepreneurs, and would-be pioneers. However, with the passing time and differences in opinions as to how Bitcoin should be used, more hard forks and more altcoin launches are encouraged

Bitcoin and its future expectations

Bitcoin is expected to complete a halving event around May 2020. Some folks see the event as a sign that prices will soon increase, noting that the halving inherently means a reduction in the number of new coins regularly entering the ecosystem. Historically, the asset has indeed risen in price following previous halvings.

“Bitcoin markets are full of speculators and the halving will bring out more participants looking to speculate on the price; this could lead to prolonged volatility in the markets. I think the halving will have a positive impact on the price of Bitcoin in the long run. I don’t think the event itself should have a major impact on price.”, said Koeppen.

The industry consists of various expectations for the event. Many note that Bitcoin is a much more mainstream asset than it was during the previous halving four years ago. 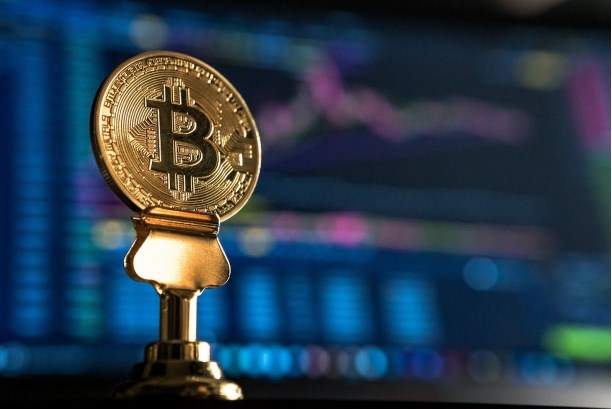