On Sunday, Luna Classic, or LUNC, reached $0.000365 as traders awaited the final token burn figures from Binance. This represents more than 70% gains for the week and more than 44% for the month. This is a lot compared to the other cryptocurrencies, which did not garner impressive gains.

The largest cryptocurrency exchange in the world, Binance, revealed its plans to reduce the token’s supply on Monday. The exchange stated: “Binance will put in place a mechanism to burn all trading fees on LUNC spot and margin trading pairs by sending them to the LUNC burn address.”

Sending a token to an anonymous cryptocurrency address is referred to as “burning” it. This reduces the number of coins in circulation, which quickens price movement. 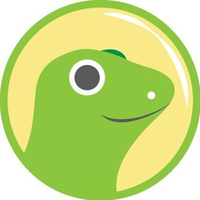 With the start of the new month, the price had another significant increase and is currently at $0.0003254, and the trading scenario appears optimistic. It is estimated that around 10-25 Billion tokens were burnt.

While the price upsurges give hope to individuals who lost millions of dollars in the Terra Luna bankruptcy, these profits are of little solace. The international law enforcement organization Interpol has also issued a “red notice” for do kwon

capture, despite the co-founder of Terraform Labs’ insistence that he is not on the run.

According to South Korean officials, the Terra project and Do Kwon are allegedly connected, and they seized $62 million worth of Bitcoin holdings belonging to Kwon on Wednesday.

However, this news about the founder has not impacted the price of the asset.