Celsius, the cryptocurrency lending firm, filed for bankruptcy in July. However, the company still seems to be stuck in an intense whirlwind of chaos 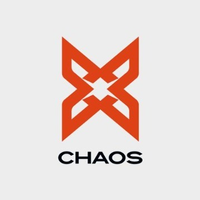 Followers : 0 View profile and is in a worse financial condition than ever before.

The lending company has hired a law firm, Kirkland & Ellis, to lead its reconstructing efforts. The law firm initiated a new court filing, which included financial projections which claimed that Celcius will run out of cash by October.

The court filing reveals that the lending company is short of $2.8 billion in crypto assets.

After disclosing that it was running out of funds, celsius network

Followers : 1 View profile said it has gotten multiple offers to inject cash into the company. The crypto lender also revealed that it won approval from a US Judge to sell its mined Bitcoins.

It is customary for those trying to reorganize in the US bankruptcy court to bring in financing to keep their organizations afloat. During a bankruptcy hearing on Tuesday, Josh Sussberg, the Celcius lawyer disclosed a receipt of cash-injection offers to save the game for Celcius. However, the lawyer did not reveal how big the offers were. Sussberg was quoted saying, “Moving hastily on this is “mission critical” for Celsius.”

Before filing for bankruptcy, Celsius tried to do everything it could to handle the crisis and even sold the Bitcoin that it had mined to support the funding of its operations. With Judge Martin Glenn’s approval, the company seems to have further support now.

A document filed before the hearing disclosed that the company mined $8.7 million worth of BTC in July. The company’s operational and capital costs surpassed the number.

The recent filing by Celcius claimed that the company might run out of its Cash by October.

Image: The crypto lender projects to run out of cash by October. (Kirkland & Ellis)

The filing, which was submitted to the U.S. Bankruptcy Court for the Southern District of New York in advance of an upcoming hearing, also stated that the crypto lender holds $2.8 billion lesser in crypto than it actually owes to the depositors.

After this year’s crypto crisis, Celsius declared withdrawal suspensions and insolvencies of several lenders, exchanges, and investment companies. Claiming “extreme market conditions”, Celsius halted all user withdrawals in the month of June and did not reveal a timeline to restore user services. This overwhelmed the platform’s 1.7 million users with speculations that their assets will remain frozen indefinitely.

In June, the lending firm filed for Chapter 11 bankruptcy and admitted having a $1.2 billion hole in its balance sheet. The filing revealed liabilities exceeding assets after it paid off its debt to decentralized

Followers : 0 View profile finance protocols. The calculation took into account the estimated value of the firm’s mining equipment and unspecified “other” assets.