On September 14, 2018, a speech was held by the Governor of Bank of England (BOE), Mark Carney in Dublin to discuss latest technologies. However, It is surprising to see that speech doesn’t involve any word on “Blockchain Technology“.

He mentions the exclusive open nature regarding the UK economy after Brexit (impending withdrawal of the UK), which will make it much crucial for themselves and the Irish economy. This will even make it tough to face the global economic shocks. He also prepared the cabinet for worst-case scenarios utilization in bank stress tests.

Conveying the speech in annual Whitaker at Central Bank of Ireland, Mr. Carney says the UK regulator is confident about the British financial system to continue its functioning in the event of no-deal Brexit.

According to the governor,  stress tests on UK banks were to evaluate the dramatic scenarios that might surface after the Brexit disorder. Also, they were considering the possibility of some severe recessions that might come in the future. These tests allowed the regulator to stay confident that the system will continue to lend.

Mr. Carney states “Our job, after all, is not to hope for the best, but to prepare for the worst.”

However, he also notes that the UK economy is mostly reliant on the form which is taken by Brexit. Also, specifies his expectation of becoming an entirely open one, whatever the outcome.

Referring to the UK and Irish economy, the Governor says “If you’re going to be open, you need to be resilient.

Mark Carney speech follows the announcement saying that he is going to continue as the governor until the dawn of January 2020. He will extend his tenure by seven months focusing to support the continuity after the UK leaves European Union. However, this is to be scheduled by March 29th, next year.

On Thursday, he also attended a meeting held by the British cabinet on a discussion about preparing for Brexit. Mr. Carney told senior UK government ministers about the EU chaotic departure could lead to house price drop up to 35 percent within three years spiraling interest rates.

The Whitaker lecture at Central Bank, through its eighth year, is known in honor of TK Whitaker, economist, and public servant, who passes out previous year at the age of 100.

The speech given by Mr. Carney aims at potentially complex transition period within the development of upcoming technologies and the economic growth resulting from them.

Moving with the so-called fourth industrial revolution, dividing by technologies including robotics, artificial intelligence, biotechnology, 3D printing, etc., workers might find difficult to seamlessly shift to new jobs. Even the workers will find it expensive to retire in response, warns Mr. Carney.

According to the Governor, frictions in labor markets, respectively skills mismatches, may lead to sectors depression of the economy and a growth in inequality during the running period, prior to the likely productivity gains starting with compensation.

Unlike the past industrial revolutions, types of jobs affecting present lies across the complete spectrum of wages; posing the jobs proportion at automation risk in Britain and Ireland at 10 -15 percent. Back in April this year, Mr. Mark also said that cryptocurrency, not a risk!

“Obviously, this is a rough estimate.”

He adds it is not the role of central banks to protect or accelerate these structural change expectations in the labor market. However, they need to acknowledge these changes while considering the approach to monetary policy.

Some other topics that Mr. Carney discussed include:

Pickup in real wages that lag productivity over the 1st IR

The technology influences the labor market via 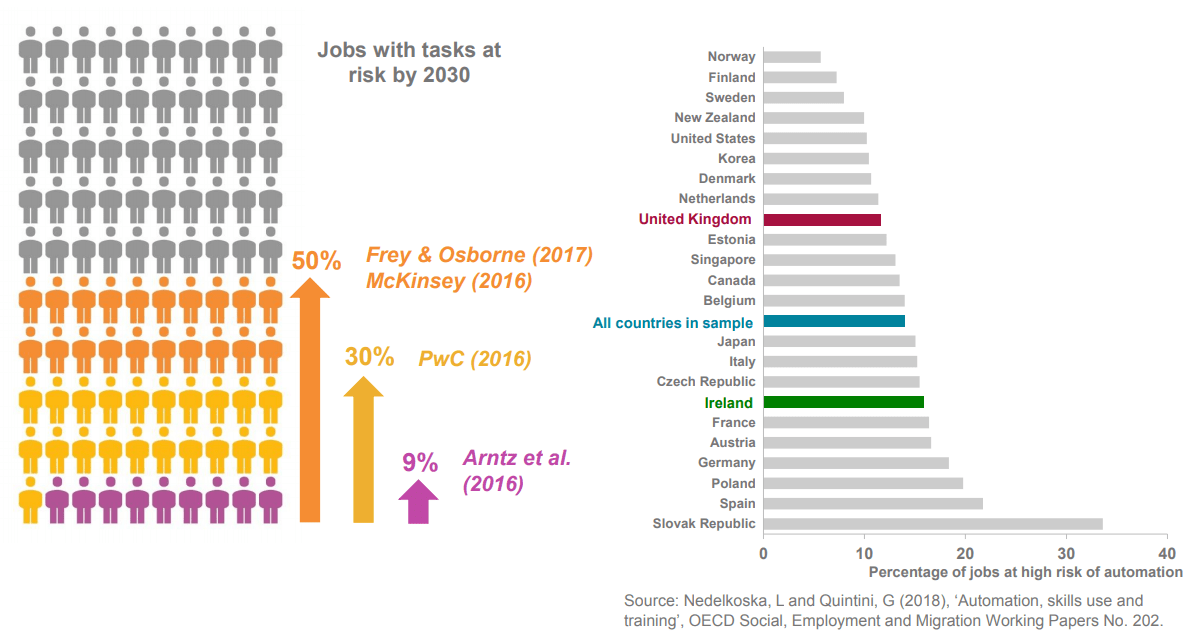 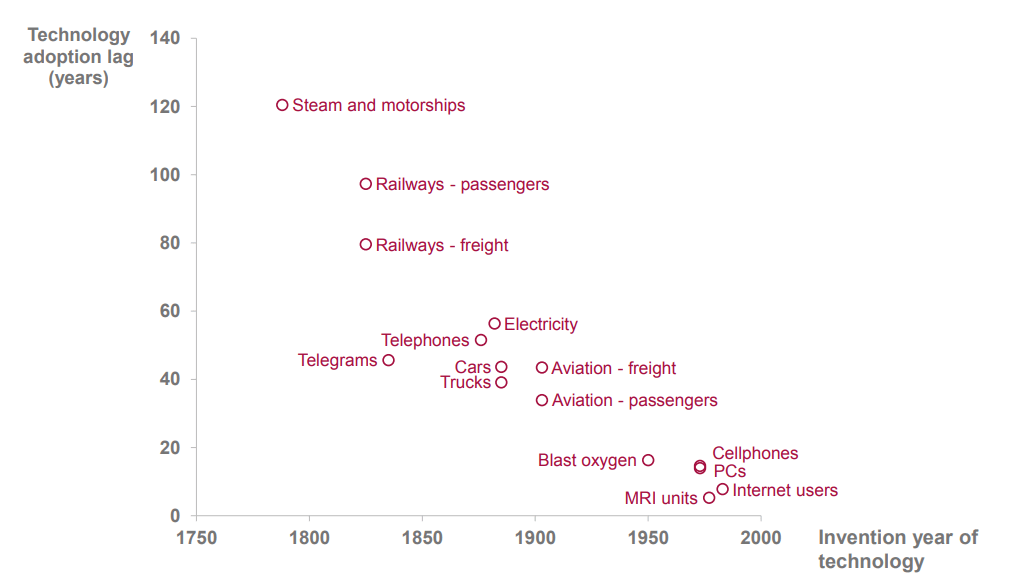 The technology adoption lags reducing the over time

Share your views on the topic with us and don’t forget to connect on Twitter and Telegram!