Recently, in London hackers took over computer systems and began mining cryptocurrency. As they were little aware of that, the system was responsible for running digital advertising screen.

Cryptocurrency enthusiasm is getting weird.

Someone noticed a giant outdoor screen in London as mining cryptocurrency.  The screen is usually used for running ads was seen running NiceHash Miner Legacy.

Terence Eden, a tech enthusiast, noticed it and shared shots on Reddit. He did not mention the exact location where it was seen. The system was running a Windows software but displayed a window that revealed NiceHash issued crypto mining code. Many made fun of it on the Reddit, about if all computer power will be mining cryptocurrencies in future. 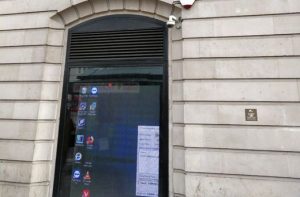 “I think it will be a standard feature in every major operating system in a few years. It simply makes sense that everyone chips in to provide a small node for a wider network that benefits everyone,” said one user.

The coins from the system went to an address starting with 3Jgi6. However, the hash-rate was zero, meaning the screen was not mining anything.

This mining activity involved mining Monero, which is crypto that is hard to track back because it has more privacy. Mining was still a favorite activity. However, it is now more popular after crypto prices surged massively last year.

Cryptojacking is now also famous among traditional websites that were not attracting revenues but have a considerable following. They infect their code with mining malware such that the user’s computer visiting the site starts mining.