Bitcoin, the most discussed topic in the world of finance, since its meteoric rise in the year 2017! If you thought that is astounding!! HEAR ME OUT!!

Bitcoin has been in the news for quite some time. It has become an entity that has delivered multibagger returns. Although, many industry leaders have had a wide range of opinions on Bitcoin.

Some strongly believe and back the idea that BTC and similar currencies are the future of freely moving economies. But some people reject the idea, describing it as a digital entity of questionable and uncertain value.

Although it is among the most discussed topics, it is still an enigma to many.

Let us mine our way into the world of bitcoin.

Bitcoin is a currency, just like the Dollar, Euro, Yen, Pound sterling, Indian Rupee. But that is the only similarity between the traditional currencies and Bitcoin.

The traditional currencies underlined above are issued and administered by a centrally authorized bank under the respective Governments. Fiat currencies are central banks issued & administered, hence called centralized currencies.

Let us further understand the term cryptography- Crypto meaning secret; Cryptography is the practice of secure communication that uses algorithms to convert the message transmitted into unreadable data that can only be decoded/decrypted by authorized senders/receivers.

Bitcoin is a decentralized digital cryptocurrency that operates on a peer-to-peer basis. It is a computer code with value encrypted with a strong crypto-algorithm to maintain its integrity of being authentic.

Bitcoin can pay for goods or services if the service provider accepts it, similar to traditional currency, but digitally like messages.

How and Why was Bitcoin created?

In 2008, a person or group of people with a pseudonym SATOSHI NAKAMOTO published a whitepaper defining, “ Bitcoin- A Peer-to-Peer Electronic cash system”.

Later on January 9, 2009, its code got released as open-source, and Satoshi Nakamoto started to mine Bitcoins.

Satoshi, after being involved in Bitcoin development till December 2010. That is about all the information about Nakamoto, available in the public domain.

Now that we know who created bitcoin, it is crucial to understand why it got constituted.

The idea behind creating the decentralized currency was to create an ecosystem, parallel with the centralized system of economy which is administered by the rules set by the authorities, where the people had to trust the central bank to uphold the value of its currency. The currency operated completely under the discretion of the government.

One classic example would be the financial crisis of 2008, which was caused due to bad loans issued by the banks and in return, the banks who were alleged of the crisis were bailed out using taxpayer money or the public exchequer.

The point being tax collected from the common people was used to save banks, despite being the accused. This displays the discretionary powers of the government. Many common people lost their life savings & jobs resulting in huge recessions.

Bitcoin is a digital currency that needs a platform to record its transactions called a ledger. Bitcoins use Blockchain, another revolutionary technology for a ledger operation.

Before we move further, let me give you a brief on blockchain technology.

Blockchain, also called Distributed ledger technology, forms the bedrock of Bitcoin by keeping records of all the transactions. Since this is open-source and a public ledger, any user can access the transactions for verification. This system also eliminates the need for third-party verification, eliminating the trust-based transactions that currency banking systems follow.

The public key is the location where transactions are deposited into and withdrawn. This key represents the holders’ digital signature on the blockchain ledger, similar to a username on a social media newsfeed. The private key is the password required to buy, sell, and trade the bitcoin in a wallet.

A private key should be a guarded secret and only used to authorize Bitcoin transmissions. Some users protect their private keys by encrypting a wallet with a strong password and, in some cases, by choosing the cold storage option; that is, storing the wallet offline.

Let us consider an example of how Bitcoin transactions get executed on a peer-to-peer basis.

John wanted to buy bitcoin from Jerry. He need to install a program on his digital device called a Bitcoin Wallet, that would have a public key, acting as John’s address to receive bitcoin.

John can now send Jerry his public key, who wants to sell bitcoins in exchange for US dollars. After John transfers money to Jerry’s bank account, Jerry will authorize the transaction using his private key, addressed to John’s public address.

This transaction gets executed through Blockchain. Blockchain validates the transaction by comparing it with the majority of transaction pattern records over its database.

Only after this process gets completed the transaction is permanently recorded over the Blockchain network. Hence paid to John. John can now access the bitcoin in his wallet using his private key.

A cryptocurrency wallet is an application used to store cryptocurrencies. There are many types of wallets like hot wallets, cold wallets, used on different platforms like mobile, desktop, etc.

How is Bitcoin Generated?

Bitcoin is produced by a method called Cryptocurrency mining. The method of verifying the transactions to gain rewards, using significant computing power to form a Block is called Mining.

Blocks contain information based on transactions, a Nonce(64-bit), a Hash number(256-bit) of the previous block. Note that you have to have significant access to electricity and should be able to maintain your computing Rigs, hence called “Mining Rigs”.

The verification of transactions is accepted only when the newly formed block contains Proof-of-Work. POW is the process of finding a unique number called Nonce.

You need not do any calculations or math manually. All you have to do is have a capable electronic device and install the application which the creators prefer. The CPU or GPU in your device will do those calculations for you. It may be mandatory in some cases to keep the electronic devices connected to the internet.

One can buy or sell the Bitcoin according to its market value at a given time interval, provided it has enough market liquidity. It is similar to trading on the share markets, but instead, a 24*7 process.

Bitcoin is neither stable as stocks nor backed by any physical commodity or assets. You do not receive any physical assets but only receive the addresses of the digital assets that you have purchased, which can be secured in your crypto wallets.

There are dedicated platforms such as Binance, Coinbase, Pionex, for the same purpose. But do check for transaction fees before you trade on any of these platforms.

How to Safeguard & Store Your Bitcoin?

Just like we use wallets for safeguarding fiat currency, there are tools called Digital Bitcoin Wallets. These wallets store your public key & private keys.

The Public key acts as an address to your account.

The Private key– Sensitive key used as the password to access your wallet. Anybody who has access to your private key can spend the associated cryptocurrency.

The different types of wallets:

Is it safe to invest in bitcoin?

Bitcoin is known to be quite volatile. Its value is subject to a Supply-Demand basis, as it has to have continuous transactions to keep its network active.

However, Bitcoin did not stop or vanishedvanished after the free fall, yet stood like a mountain and rose to the highesthighest ever levels. It is again trading at $35000 in January 2021, after hitting an all-time high of more than $48K very recently.

Since the previous crash, Bitcoin showcased a sense of stability with a slow and a steady growth minimizing the voltality. And hence it attracted many other players from various sectors and also many instituions also jumped in to secure their cash reserves.

Currently, Bitcoin is among the top 20 fiat currenies in the world according to market cap, outshining the fiat currencies of many countries. Despite all the criticism, many early investors of bitcoin are worth millions now. We advise you to study the market and invest based on your risk assessments.

As mentioned earlier, Bitcoin cannot be controlled/administered by any central authority but is distributed among all peers worldwide. Bitcoin eliminated the intricacies of transactions in the current financial system that was trust-based transactions via banks. With the integration of Blockchain technology, Bitcoin is being transacted on a peer-to-peer basis, eliminating third-party interference.

Since the fiat currency was centralized and there was no other option other than using banks or financial companies like PayPal, which charge a hefty percentage on transactions. Charging nominal transaction fees helps to address the issue. Bitcoin transactions are set at the time that the miners might accept.

No matter how secure the banks claim their systems would be since human interference is necessary for verification processes, there are always risks of fraud and insecure transactions. But Bitcoin offers multilayer crypto-algorithms to evade the risk of illegally privatizing the majority of digital asset networks. Most importantly, there is the slightest involvement of humans, which eliminates the factor of human error.

It is a cause of concern that how much information is demanded by financial institutions for executing transactions. Your banking details or important identities may be stolen and misused. But using Bitcoin offers a feature to keep your identity anonymous that is valued by many.

Bitcoin has been through a lot of ups and downs since its inception in 2009. Bitcoin is legal as a mode of payment and transaction in some countries like Japan, the USA, Singapore, Germany passed legislatures to allow trading bitcoins to some countries where it is illegal to transact bitcoins and other such currencies.

People with interest term this as a great investment option, whereas some classify this as just another Bubble as bitcoin has no solid backing of any kind. It is essential to keep continuous watch over LTP(Last Traded prices).  It is Strictly advised to do your due diligence before investing. 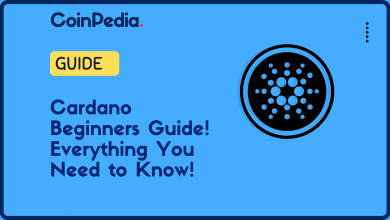 A Look Into Crypto Staking and The Emerging Trends

Bitcoin in El Salvador – 5 talking points from its official adoption This Is What Cryptocurrencies Were Worth This Time Last Year