Ever since the introduction of Bitcoin we’ve been hearing things like Blockchain, cryptocurrency, Smart contracts, ICOs, and many unknown words. During a dire time of the financial crisis of ‘08, Bitcoin came as a ray of hope by Satoshi Nakamoto. It came as a way to sever our ties with the institutions that control and/or regulate our money. Blockchain technology aka Distributed Ledger Technology, smart contracts, and other technologies came into existence and known. 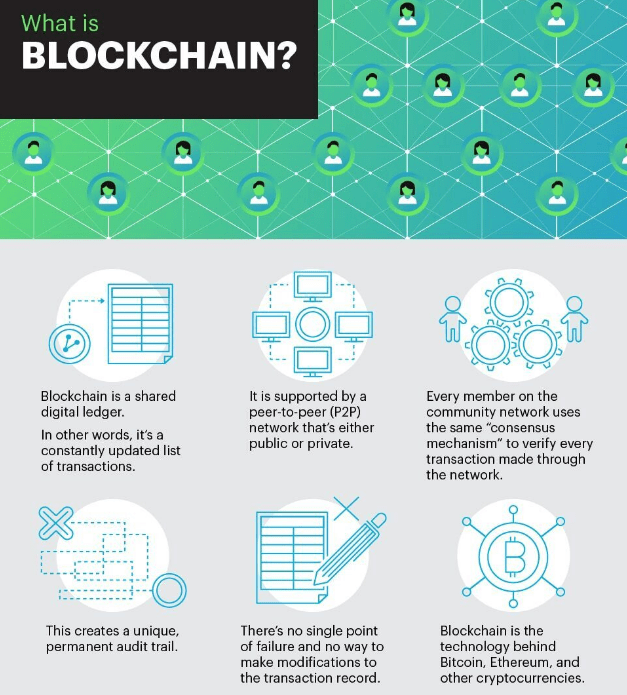 What is Blockchain Technology or DLT?

Vox defines blockchain as “The Blockchain is a distributed ledger of all transactions across a peer-to-peer network. Using these technology participants can confirm transactions without the need for central certifying authority.”

Now if you notice the above definition, blockchain doesn’t need central certifying authority for transactions to go through. A series of algorithms verify the correctness of these transactions and these algorithms are called ‘Smart Contracts’.

Smart Contract is a digitally signed and self-executable agreement between two or more parties. However, Smart Contracts are also self-enforcing and legally binding, hence automate the processes.

Blockchain phenomenon isn’t about Bitcoin or cryptocurrencies only. It is evolving into much more. Blockchain technology provides a solution by removing friction from any transaction process involving contractual agreements.

Smart contracts essentially do all that the current ‘Third Party Software’ does and better. So after the mass adoption of smart contracts, we bid adieu to all the intermediaries who would profit off of the transactions. This is the power of blockchain, and smart contracts and what decentralization will look like, free from leeching middlemen.

OK, I get it. But what are the use cases of smart contracts?

The potential for this technology is vast and limitless. We are just entering the age where blockchain and smart contracts are still in the infant stages. However, to list a few ways in which we can use this technology include:

By now, you might have come across people calling themselves Bitcoin millionaires. How they made money by trading or investing in cryptocurrencies?

Trading these digital currencies is very much similar to trading stocks. The only exception is these are highly volatile and effects by a mentality of the market. Transactions of cryptocurrencies accomplish by the execution of smart contracts. 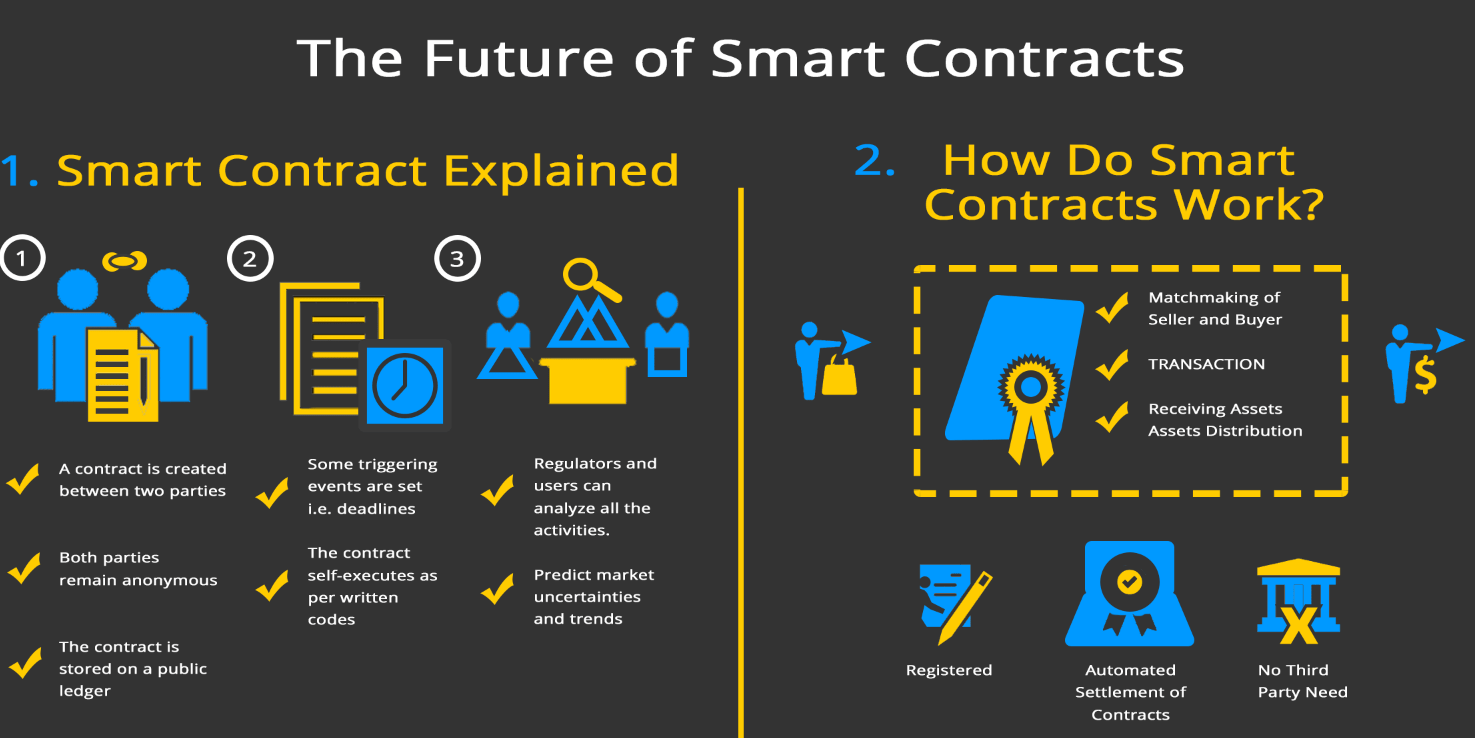 Real estate sector is the prime example of intermediaries, like title companies and escrows. With the help of blockchain and smart contracts, the process of locating until the process of owning can turn into automation. Thus saving time and money. However, an up and running company in this sector is Propy.

A smart employer contract will allow the employees to know what they need to do, their roles and how they will get compensation for their work. This process is transparent and hence keeps the employer and employee on the same page. Once this process is set up even the wages can be paid through the execution of these contracts.

SCM is a sector involving a lot of complexities and which has a solution known as DLT and smart contracts. Once deployed into the blockchain, smart contracts are executed when the agreement set between the involved parties are confirmed. And since blockchain is transparent it helps build trust between the parties. However, once they reach the final stage of a supply chain, the payment will automatically finish.

Tie-ups between airlines and hotels by creating a blockchain database will help ease the travelers, reduce friction in transactions and eliminate intermediaries. After the data is set up between parties, a traveler will book the flight tickets and hotels directly without the problem of overbooking and having to worry about price variations.

And this will do after the agreement is executed by the smart contracts. Even in airports, the identification can be automated without the need to wait in long queues at the airport. This will help curb identity theft. Aruba is the first country to adopt blockchain in tourism.

The French airline is taking airline and insurance to the blockchain. Compensation for flight delays very tedious work both for airlines and customers. This can be eliminated by linking flight status and flight traffic database. The payment will be triggered via the smart contracts once the system notices a two-hour delay or more.

You can check out this video to know more in detail about Smart Contracts:

Many apps are created using these smart contracts every day and a website called State of the Dapps updates them.  ICOs are a very popular contract and based on the project and how feasible it is investors invest tons of money to help this project come to life. ICOs are based on blockchain and smart contracts and are hence a type of investment in them.

So Blockchain and smart contracts have come to stay, and they will change the way we operate and usher a revolution in the digital space. And these applications are just the beginning.

You can read more about relevant articles here:

Top 4 Crypto Podcasts You Should be Listening to in 2020