While many of you may think of Blockchain as a technology that overpowers Bitcoin, Blockchain is capable of so much more. Blockchain is a connection of Distributed Ledger Technologies (DLT) that can be programmed to record and track anything of value be its financial records, medical records, or even land titles. You might be thinking we still store this data in other forms. Then why do we need Blockchain? Well, Blockchain stores data in blocks that are linked together in a chronological fashion to form a continuous line.

If a change is to be made in a particular block, it is not rewritten. Instead, a new block is created which contains the cryptographic hash of the previous block, the amended data, and the timestamp. Hence, it is a non-destructive way to track data changes over time. In addition, Blockchain is distributed over a large network of computers and is decentralized which reduces the tampering of data.

Now, before a block is added to the Blockchain each person maintaining a ledger has to solve a special kind of math problem created by a cryptographic hash function. Whoever solves the hash first gets to add the ledger to the block chain. Blockchain can also be private, public and even hybrid private-public.

Hence, Blockchain can literally revolutionize the way we access, verify and transact our data with one another. Here are some of the potential blockchain technologies in financial services:

Blockchain based international mobile payments such as InstaReM, Everex, Moin, Inc or Velmie reduces the time taken from transfers through traditional banks and also cuts down on the extra cost charged by the banks.

$171 billion worth of payments were done through Blockchain based payments which gives an idea of how quickly it is expanding.

What are smart contracts, how do they work?

Smart contracts are very popular nowadays. They are just like contracts in the real world, except for the fact that they are digital.  It may be considered as a tiny computer program stored inside of a blockchain.

We.trade, a digital platform currently associated with 13 major banks is an example of a smart contract. We.trade includes the feature of KYC checks. They hold all the received funds until a certain goal is reached and deliver all the payments when the terms of an agreement are met.

Loans and KYC with Blockchain

Blockchain has come up with a peer-to-peer effective solution for lenders and borrowers without any involvement of third parties. A Spanish Bank gave the first crypto-loan service in 2018.They are fast (takes less than 48 hours), have much cheaper operational costs, are more secure and transparent. They are seamless and also allow flexible repayments. CoinLoan, Nexo.io are a few platforms, which have this lending-borrowing feature.

KYC, short for Know-Your-Customer, is one of distributed ledger functions, which enables identification. It is said that KYC using blockchain is safer, faster and efficient than the traditional time-taking process. It also has a much wider scope and involves less cost.

Now when we talk about KYC, Identity verification is a must when it comes to all the financial transactions. The Blockchain technology provides much quicker ways of identification of all the users across the globe. But is it secure enough? Organizations use ZKP ( Zero-knowledge proof) which helps in not revealing any private information. In the same way Zcash,a cryptocurrency makes sure that transactions remain encrypted before it is verified.

Blockchain can actually be a  game-changer in the future since it does not need any intermediaries and has seamless new features. Therefore, Some of the world’s largest business organizations are adopting DLT and making great moves for the future of Blockchain. 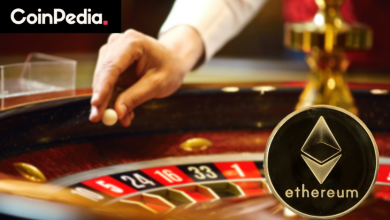 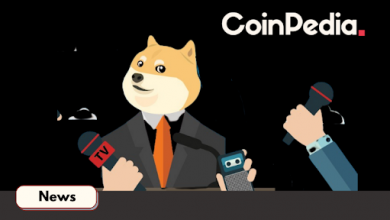 The Story Behind Dogecoin! 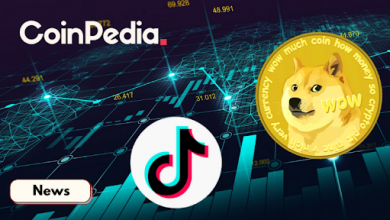 How did TikTok take Dogecoin’s price to an all-time high?