The crypto sector has brought massive returns since its inception, and it has become the first choice of investment option due to its futuristic vision and revenue potential. However, hackers also seek to make maximum profits out of this industry as loopholes and exploits have grabbed their attention.

Recently, a leading DeFi protocol Olympus DAO has come across a smart contract exploit that enabled fraudsters to steal over $300K from the protocol.

According to a security firm Peckshield, a hacker nearly drained over 30,437 OHM tokens (almost $300,000) from the DeFi protocol. Hackers were able to execute such a massive amount by getting a loophole in the network’s smart contract system on the Ethereum blockchain. The hack took place at 1:22 a.m. ET today.

According to Olympus DAO’s officials, the exploit was conducted when a contract on the network failed to authenticate the hacker’s malicious crypto transfer request.

The malware-affected contract was “BondFixedExpiryTeller,” which is used to execute open bonds programmed in the Olympus DAO’s native cryptocurrency OHM tokens. The contract was unable to make a validation input in the “redeem () function,” which enabled the hacker to put his desired input value as funds and trick the network by stealing $300K.

The developing team of Olympus DAO also confirmed the hack through their official discord server and said,

However, the team gave some relief as the protocol quickly started their recovery operation, and the rest of the $217 million staked on Olympus DAO was secured. Olympus DAO plans to compensate affected users whose funds got erased.

Olympus DAO is a prominent DeFi protocol, and its governance token is the OHM. The protocol provides the crypto community with digital bonds denominated in OHM tokens. The decentralized autonomous organization (DAO) offers OHM tokens to its investors at a discounted rate, increasing market capitalization over time. The crypto bonds are operated by the protocol’s smart contracts, one of which is exploited today.

The crypto winter has wiped out nearly $1.37 trillion worth of crypto from the market since January 2022. While the DeFi industry has shed billions, crypto assets held by decentralized autonomous organizations (DAO) witnessed an immense growth of over 8% since the beginning of this year. Nearly $710 million was added to the DAO sector in the last nine months.

As the crypto sphere continues to be bearish, decentralized autonomous organization (DAO) has become a catalyst in bringing positive vibes to investors. Uniswap takes the first position as it holds nearly $2.4 billion in its treasury. Since the advent of DAOs in 2016, the sector has seen a growth of over 6,025% in USD. 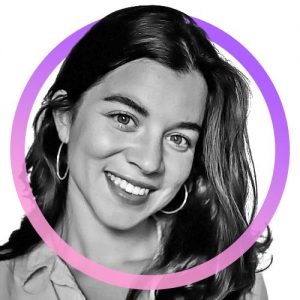