Technology is advancing, and people are constantly adapting the new changes and technologies.  But do you know why individuals must adopt new technological innovations and changes that take place in daily life? Innovations are being made and are introducing us to new ideas that are helping in changing the way of doing things.

Do you know that adopting the latest technologies not only provides you with benefits but many opportunities as well? Yes, it is true because the latest technology as of now is blockchain technology, on which the very popular digital currency is based, bitcoin. You can learn more about the evolution of bitcoin by visiting Crypto Code.

As of now, bitcoin is not only a marketing attention-grabber, but around 80,000 businesses have started accepting bitcoin as a medium of exchange. Even though it’s been more than a decade since Bitcoin was introduced, it still tops the cryptocurrencies list.

There are numerous benefits of using bitcoin as a medium of exchange, and also, there are many opportunities that it offers. It is counted as one of the best innovations made in the financial world. Not only businesses but also individuals, investors, and traders benefitted from bitcoin and its underlying technology known as blockchain technology.

Let us understand the benefits and opportunities offered by bitcoin.

No risk of inflation

Unlike fiat currencies, there is no risk of inflation in digital currencies like bitcoin. Inflation occurs in the financial market when the government prints more money than is required, which decreases individuals’ purchasing power.

There is no risk of inflation in bitcoin because bitcoin is a computer code, and there are only a limited number of bitcoins that could ever exist that are 21 million bitcoins.

The unique thing about bitcoin payments is that you don’t require approval from the government to complete the transactions. Bitcoin is a global currency, which means there are no restrictions that you have to carry cash when you travel to other countries.

Minimal or no transaction cost

No risk of frauds

Bitcoin’s blockchain uses cryptographic principles to secure bitcoin transactions and makes it impossible for hackers to attack the blockchain and manipulate the transactions. This makes it easier for buyers to make their payments without even thinking about sensitive information.

Bitcoin is similar to digital cash that hackers can attack. Still, users’ responsibility is to protect their coins in the best possible manner and prevent their data from data breaches.

Bitcoin mining is the process where miners solve complex mathematical puzzles to verify a transaction. Then the transactions are gathered into blocks and are added to a chain of blocks. The mining process is a great opportunity for individuals to earn money because miners who solve the puzzles first are rewarded with newly minted bitcoins. Bitcoin mining has the potential to turn itself into a big business.

Bitcoin is also referred to as an asset class. People are considered bitcoin equivalent to gold and consider it worth investing in this asset class. Bitcoin asset distribution helps businesses and companies make money in a secure environment without depending on expert bankers who charge high fees. It is a great opportunity for companies to distribute more bitcoin and earn money from it.

In reality, the actual implementation of smart contracts hasn’t been realized. Still, bitcoin gives preference to such types of contracts between two parties, which is a great opportunity for individuals. The Difference Between a Cryptocurrency Broker and an Exchange 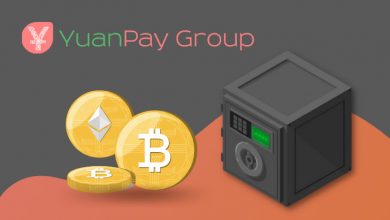 DAO1 Announces the First Edition of its International Blockchain Hackathon 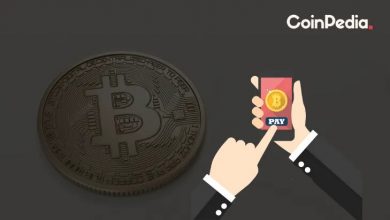 Should Your Online Business Start To Accept Cryptocurrencies?