Rabet, a noncustodial wallet, is trending among DeFi and dApps users on Stellar, making it easy to interact with the Stellar blockchain.

According to the Rabet team, the project allows users to interact with the Stellar network and perform different operations in a user-friendly environment.

Notably, the project targets two significant markets: ordinary users and businesses and developers. For instance, users within this market can rely on Rabet to sign transactions on their payment page or send assets to different platforms.

Rabet serves as a doorway, allowing users to interact with any SApps on the Stellar network. Rabet offers support for various platforms that have long accommodated different sets of users within the market.

Rabet formed a strategic partnership with Litemint, an NFT marketplace, in October.

Rabet was created to provide users with a simple way to interact with the Stellar network.  Rabet is a combination of open-source wallets that make it easy for users to interact with Stellar easily.

The platform aims to help Stellar become a global payment network by creating an enjoyable experience for users at the client level. The wallet can easily be accessed through desktop, mobile, and web.

The Rabet wallet was created with user privacy in mind. By design, Rabet limits the amount of data it collects, shares, and uses from its users.

Rabet hopes to launch its presale, public sale, and listing in exchanges in the coming days.

The $RBT token is a Stellar-based governance token for the Rabet community. RBT has a total supply of 100 million tokens. Since its launch, the token has expanded the ecosystem by bringing more users.

In addition to governance, $RBT has many other use cases, including bug report bounty, pool reward, and holder reward.

The Bug report bounty is designed to reward the community for their assistance in the development process. The incentive program uses 10% from the reward system to reward users depending on the severity.

Note community members are required to make their requests on Github. On the other hand, the token will also reward holders’ loyalty.

The project has already set 10% of about 10,000,000 RBT to be distributed monthly to users in proportion to the number of tokens in their wallets. To qualify for this reward, you need to hold at least 1,000 RBT.

The Rabet roadmap is rich, filled with exciting prospects. On top of the list is getting listed on exchanges, pre-sale and public sales, releasing their mobile version (PWA) and more. What is SafeMoon Going After the Cryptocurrency Market Capitalization Plunge? Why Is Tether (USDT) More Preferred Than Bitcoin In Crypto Casinos? 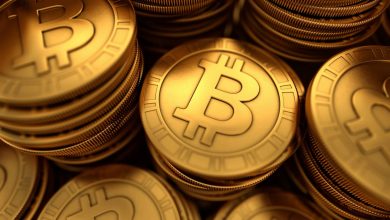 Why Cryptocurrency Might Replace the Usual Online Payment Solutions What Is So Unique About Cardano Gambling Sites?