The world has been buzz about peer-to-peer transactions that are encouraged by cryptocurrencies. The trend that began with Bitcoin has quickly ballooned into a multi-billion-dollar business, bringing with it a legion of followers looking to make some coins from the venture.

The provision of several options to choose from and the volatile nature of these currencies makes it impossible to label one or the other as the best option. Nonetheless, some of them manage to stand out from the crowd to become worthy investment platforms in 2020: 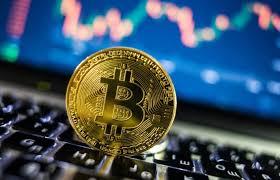 Bitcoin is the crypto that started it all in 2009 when it was first launched. Back then, the value of this digital money was so low that the first transaction was 10,000 BTC for two pizzas. Today, one Bitcoin trades for a hefty price of around 7,000 euros. The high price is factored by the client satisfaction this currency has achieved from secure transactions to real-time money transfer. These features and many more make it an uncontested leader in the crypto market. BTC is by far the most popular cryptocurrency in the gambling world with hundreds of online casinos such as GGBet Casino offering it as a payment option.

Zcash offers its clients privacy that is second to none among cryptocurrencies, which earns it a spot on this list. The technology used in the cryptocurrency’s security is even more advanced than that of Bitcoin, which is highly responsible for its success. Zcash is popular among traders for its open-source nature, which beats the limit placed by BTC of 21 million coins. However, it does include a spending limit, but this demerit is combated by less complex transactions, which makes them easy to conduct.

Ethereum was the first cryptocurrency to use smart contracts, which work as its most significant competitive edge. Smart contracts allow users to create dApps on top of the blockchain when using smartphones and PCs. These contracts are agreed upon by two involved parties, and the transaction is only conducted if its terms are met. This functionality builds trust between traders since the sale depends on an automated system. Ethereum also offers a high level of privacy that is ensured through decentralised applications. The currency is also highly liquid, which makes it easy to gain and sell.

Cardano is often sited as a close relative to Ethereum due to its effective use of smart contracts for honest dealings between traders. A second system operates on top of the sophisticated blockchain platform used by this cryptocurrency, which performs as a decentralised application. Cardano performs money transfer on a secure platform that is regulated by tech experts round the clock. A smart contract system is in the works, and it already has elements that suit long-term investors since its life cycle runs longer than a couple of months.

Litecoin is ranked as one of the most used cryptocurrencies in the gambling niche alongside Bitcoin and Ethereum. This digital currency was among the first to be created after Bitcoin drew a lot of attention to the cryptocurrency world. This currency is very similar to Bitcoin with only a few changes made to its code. The platform supports peer-to-peer transactions in record speed. This similarity to BTC continually expands the currency’s market, which makes it one of the most liquid crypto options.

Binance Coin is different from most other cryptocurrencies in the sense that it is more of a utility token than it is a currency. Therefore, its value fluctuates depending on its usefulness in a transaction. Binance Coin had seen consistent growth in 2019 with a closing value three times bigger than when the year began. Even so, the price of Binance Coin is as volatile as that of other cryptocurrencies, which means it can go up or down at any time.

Dogecoin was created as a joke in December of 2013 and has even earned the name “joke currency”. The digital money was inspired by a Shiba Inu dog meme that made a lot of rounds online. Dogecoin reached an impressive capitalisation of 60 million dollars in just a month of operation. Today, it is one of the fastest trading cryptocurrencies, and it is widely used in online casinos. Dogecoin is acquired initially through mining, but most of them are gained through an internet tipping system. This currency is often used on social media to tip those that provide exciting content.

Ripple is another cryptocurrency that compares to Bitcoin. This platform transacts money in real-time without waiting periods set in place. The process is made transparent for both parties, and low fees apply for the transactions. Different systems are put in place to ensure maximum security while maintaining the simplicity of the platform’s use.

The world of cryptocurrencies remains a highly volatile field whose future cannot be predicted indefinitely. Even so, the niche has showcased a lot of growth in the past few years to make it a great business to invest in 2020.