On August 2, Pankaj Chaudhary (Minister of State for Finance) submitted a report in the Rajya Sabha addressing Money Laundering charges against the Indian Bitcoin exchange –wazirx 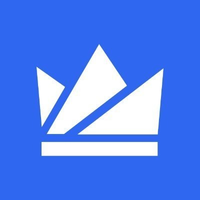 Followers : 0 View profile . The report mentioned that the Enforcement Directorate (ED) is scrutinizing the alleged Money Laundering of Rs 2,790 Crore through WazirX.

“In one of the cases, investigation done so far has revealed that one Indian Crypto-exchange platform, Wazirx, operated by Zanmai Labs Private Limited in India was using the walled infrastructure of Cayman Island-based exchange Binance.”

In June 2021, ED summoned the crypto-exchange platform to explain the mysterious crypto transactions.

Referring to this, Chaudhary said:

“Further, it has been found that all crypto transactions between these two exchanges were not even being recorded on the blockchains and were thus cloaked in mystery.”

As per FEMA instructions, crypto payments outside of India are forbidden. FEMA also prohibits forex deals and the transfer of foreign security. Such restrictions have been imposed to put into order fair practices for developing and maintaining India’s foreign exchange market.

Recently, the Indian crypto ecosystem has been getting a lot of negative attention for reasons like money laundering and tax evasion. To keep it all under control, the ED has been sending notices to firms.

“As a follow-up to the investigation, a Show Cause Notice (SCN) has been issued against WazirX under the provisions of FEMA for allowing outward remittance of the crypto assets worth Rs 2,790 Crore to undefined wallets.”

Chaudhary stated, “Further, in another case, it is noticed that Indian Exchanges namely WazirX has allowed the foreign users’ request to convert one crypto into another on its own platform as well as by using transfer from third-party exchanges namely ftxexchange

Responding to another question, the minister said,

“Cryptocurrencies and Non-Fungible Tokens (NFTs) are by definition borderless and require international collaboration to prevent regulatory arbitrage. Therefore, any legislation for regulation or for banning possession of and trade in such a borderless sector can be effective only after significant international collaboration on evaluation of the risks and benefits and evolution of common taxonomy and standards.”