According to Lummis office personnel, the U.S. Securities and Exchange Commission (SEC) has started investigating coinbase

Followers : 0 View profile , the country’s largest exchange. It has set its sight on global giant binance

Both the firms have gone above and beyond to appease the regulators, with the latter operating a separate division (Binance US) with limited services to American customers.

The Commodity Futures Trading Commission (CFTC), a more crypto-friendly regulator, is more likely to adopt a different approach than the blocksec 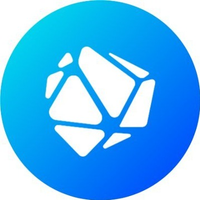 Followers : 0 View profile , which is not based on enforcements and lawsuits.

A Forbes report on August 4 states that every US crypto exchange is in various stages of investigation by the SEC staff.

The SEC is technically operating outside its jurisdiction as crypto assets have not been officially classified as securities.

The agency and its anti-crypto chief gary gensler

Followers : 0 View profile were “hellbent on expanding the size of its crypto enforcement division using enforcement to unconstitutionally expand its jurisdiction,” according to Republican Senator Tom Emmar, who gave a statement last month.

However, there is a glimmer of light since, according to the unnamed official, the SEC urgently wants to settle its disagreement with the CFTC regarding crypto jurisdiction.

“If the matter isn’t resolved internally, legislators would have to get involved, and that Congress is likely to side with the CFTC,” he said.

The CFTC has more jurisdiction over cryptocurrencies under the two recently introduced bills, however, the official said there was less than a 50 percent chance of them being passed this year. The Lummis-Gillibrand bill was submitted on June 7, and the Digital Commodities Consumer Protection Act was announced this week.

According to a crypto exchange executive, many US exchanges have received Wells Notices from SEC as a part of its enforcement drive. It’s the formal way to inform companies about actions being taken against them. The unnamed executive also said these are separate instances from the standard SEC procedures.

Binance US has already delisted the AMP token from its list this week, delisting an asset that the SEC had regarded to be a security.

The battle for regulatory control over crypto in America is on and it is unlikely to end soon, which only serves to prolong the uncertainties for companies trying to comply.