released its second-quarter (Q2) report. The crypto exchange posted a loss of $1.1 billion on revenue of $808 million. The figures fell short of the traders’ and analysts’ expectations and are below what the company posted in the year’s first quarter.

The results are discouraging, forming a second consecutive quarterly loss for Coinbase. Coinbase had reported massive gains after it went public on Nasdaq in April 2021 but is apparently struggling to keep up the same momentum with all the recent chaos 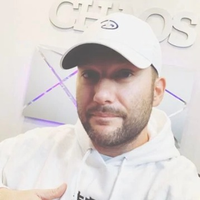 chaos Chaos, originally known as Jimmy is an American YouTuber, social media influencer, and content creator. He is best known for uploading video game rankings. At present Chaos got in the limelight for his one video in which he described the Top 10 videos on Fortnite, which brought him greater exposure on YouTube that helped him in achieving a lot of attention from viewers. In the past, he was also known as Chaosxsilencer. He is also working as a gaming community manager at Fullscreen network, while in 2014 launched his own website called ItsAllViral.  Chaos (Jimmy) began his journey as a gaming YouTuber with his gaming videos on Call of Duty in 2010. As of 2022, he has around 2.76 million subscribers on his YouTube channel which consists of around 6.9K+ videos. Furthermore, because of his creation, he has received silver as well as golden buttons from YouTube. Jimmy has successfully partnered with many game brands such as Elgato Gaming, and his fellow YouTubers to bring more insightful content on Video Games. As per Social Blade, Jimmy’s estimated monthly income is $175 to $2.8K and annually is $2.1K to $33.7K.  [email protected] Content Creator / InfluencerYoutube

in the crypto space.

Amidst the fall due to the Q2 results, Coinbase is also facing a “Shareholders derivative suit” filed against it in the U.S. District Court in Delaware. The case draws out the mismanagement by Coinbase’s executives of mismanagement and claims that it delivered false promises to investors just before its direct listing in April 2021. The statements allowed investors to purchase company shares on the Nasdaq stock exchange without the involvement of intermediaries like Wall Street investment banks.

Facing the recent charges, Coinbase is also being probed based on initial charges of inside trading against an ex-Coinbase employee. Coinbase had also been trying to send two ongoing cases into arbitration filed against them by disgruntled investors.

While everyone expected a $2.65 loss, Coinbase reported a loss of $4.95. The exchange clearly lost on the revenue evaluation, with its $808.3 million revenue generation.

Owing to the crypto market meltdown, Coinbase’s revenue tanked more than 64% during Q2. The retail transactions revenue stood at $616.2 million after a 66% drop. Looking at the transaction revenue breakup, bitcoin org

accounted for 31% of the revenue while ethereum

accounted for 22% of the revenue.

The company wrote a letter to the Shareholders stating, “Q2 was a test of durability for crypto companies and a complex quarter overall. Dramatic market movements shifted user behavior and trading volume, which impacted transaction revenue, but also highlighted the strength of our risk management program.”

On Tuesday, after the firm released its Q2 results, the COIN Stock fell by more than 10%. It further crashed down by an additional 5% in the after-market hours. The Coin Stock is trading at $82.90 as of now.

During Q2, the COIN stock lost 75% of its value. Assets on the platform have dropped to $96 billion QoQ from $256 billion.

In its letter to shareholders, Coinbase wrote:

“While we did see net outflows in Q2, we observed that the majority of this behavior was institutional clients de-risking and selling crypto for fiat as opposed to withdrawing their crypto to another platform. As a result, our market share of the total crypto market capitalization declined to 9.9% from 11.2% in Q1.”