After Binance defied U.S. sanctions on Iran, another exchange followed suit, which has now drawn the attention of the U.S. Treasury.

The U.S. Treasury Department’s Office of Foreign Control has probed an investigation into kraken 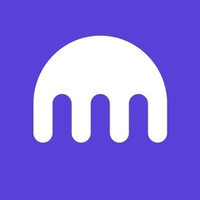 , a cryptocurrency exchange. According to the New York Times report, the exchange is reportedly involved in violating the rules and sanctions against Iran.

According to a New York Times report, Kraken is under investigation for allowing users in Iran to buy and sell digital assets.

This issue originates from several years ago. In 1979, the U.S. imposed sanctions on Iran, which forbade the export of goods and services within the country. 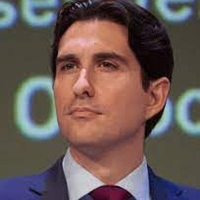 marco santori chief legal officer at Kraken Marco Santori is an attorney who previously worked at Cooley LLP as a partner. Santori left Cooley LLP in February 2018 to become the president and chief legal officer of Blockchain.com, a long-time client and well-known cryptocurrency wallet firm. Santori is well known in the legal community as the creator of the Simple Agreement for Future Tokens, a legal structure that allows initial coin offerings to comply with rules without requiring costly legal filings.   After previously representing the trade group during the New York State Department of Financial Services' BitLicense hearings, he became the chairman of the Bitcoin Foundation's regulatory relations committee in 2013. Santori was also instrumental in the development of Delaware's blockchain strategy.   Santori has been vocal about the changing regulatory landscape of blockchain and cryptocurrency enterprises during 2019. In March, Santori addressed a statement made by William Hinman, the head of the Securities and Exchange Commission's Division of Corporate Finance, who indicated that Ethereum in its current state would not qualify as a security under existing regulatory frameworks. The essential factor to consider when evaluating the weight of Hinman's statement is the difference between today's Ethereum and the network's initial launch, according to Santori.   Santori took to Twitter to analyze the proposals, claiming that these changes to one of the most difficult regulatory domains indicate a step in the right direction for crypto-asset business regulation. The New York State Department of Financial Services announced new proposals to revisit BitLicense to make it more accommodating for additional crypto assets within existing money transmission laws. EntrepreneurInvestorChief Legal OfficerPresident

, chief legal officer at Kraken, addressed the issue via an email by saying,

“Kraken does not comment on specific discussions with regulators,” and further added that “Kraken closely monitors compliance with sanctions laws and, as a general matter, reports to regulators even potential issues.”

The current issue came to light in late November 2019 when a former employee, nathan peter runyon

, accused the exchange of trading illegally despite sanctions. The authorities took up the issue and started investigating the transactions in Iran. It is believed that the exchange has also operated in other sanctioned countries like Syria and Cuba, effectively defying rules.

Crypto sanctions against Russia also include checks on digital currencies such as the U.S. The Treasury Department leveled up the jurisdictions. The agency warned crypto companies dealing with sanctioned entities by saying,

“Action would be taken against anybody bypassing sanctions against Russia, including through the use of digital currencies”.

The traditional methods are no longer followed. As cryptocurrency operates through a decentralized mechanism of blockchains, it is challenging to have centralized control.