The upcoming Merge update, which will convert Ethereum (ETH) to a Proof-of-Stake (PoS) system, is anticipated to bring about positive results for the cryptocurrency market as a whole. However, it has recently come to light that ETH, itself, might not profit from the network update, according to certain market analysts.

The Ethereum price decreased by 4% during the previous day. Since the coin’s price fell below the $2,000 threshold, there has been a steady downward trend. Despite the anticipation around the merger, assuming Ethereum is able to maintain above its immediate support level, it may not trade close to the $1,300 support level. 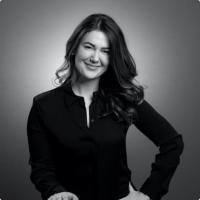 meltem demirors cso at coinshares CoinShare's Chief Strategy Officer is Meltem Demirors. She was born in 1987 in the Netherlands into a family of emigrants from a farming community, in southern turkey. She is a prominent investor, cryptocurrency proponent, and investment strategist based in the United States. She has occupied major positions at companies like digital Group, ExxonMobile, Deloitte Consulting, the world economic Forum, and coin share. She first became involved in bitcoin investment when she met Bary Silbert, The CEO, and founder of the digital currency group.    She graduated from Rice University in 2009 with B A in Mathematical economics. And in 2015 she graduated from the MIT Sloan School of Management with a master's of Business administration. Since 2018 she has been a chief strategy officer at Coinshares, she is a member of the Global Future Council on Blockchain of the world economic Forum. From 2015-to 2018, she was the director of development at Digital currency group (DGC) a firm focused on building and supporting bitcoin and blockchain companies by leveraging its insights, network, and access to Capital.   She accepts that the crypto market in 2022 will imitate last year's development. She anticipates the presentation of crypto guidelines across the globe and fundamentally in the United States, which will be supplemented by an extending crypto market cap. She figures an ascent in the number of financial backers that will reinvest their Bitcoin benefits into new crypto projects with at least some expectations of more noteworthy material appreciation this year. In any case, she accepts that this year will see more prominent contributions from standard financial backers as Bitcoin breaks controlled markets through corporate contributions. EntrepreneurChief Strategy OfficerMarket Analyst

Followers : 0 View profile , the chief strategy officer of cryptocurrency asset management firm CoinShares, has suggested that the macro environment, such as high inflation, might discourage new capital from entering Ethereum. She also said it would overshadow the hype surrounding Ethereum’s impending merger to a proof-of-stake consensus mechanism.

Overall, the news of the merger aided the July crypto market’s short-term market rise. The September 15 event, if successful, will turn Ethereum into a deflationary asset and could lead to a rise in the price of the cryptocurrency.

According to Demirors, despite The Merge and all these wonderful technological advancements, the federal reserve

Followers : 0 View profile monetary policy outlook is ambiguous, which is not what the market was looking for, as is apparent from the recent meetings.

While there is a lot of ebullience or enthusiasm surrounding the Merge, one major problem, in her opinion, is that those who view the Merge as an external catalyst for ethereum

Followers : 0 View profile view it as a standalone event.

Additionally, Demirors observed that because of the uncertainty surrounding the post-Merge climate, investors are avoiding risks; as a result, capital in the industry has been raised through options rather than direct exposure.

She also points out that the Ethereum price in its Bitcoin pair (ETH/BTC) is overextended after a gain of more than 50% over the last two months.

Since The Merge is still a few days away, a decline in the hype is anticipated. Spirits are expected to soar high again with the beginning of the new month.

Furthermore, it is possible that this will lead to pressure on purchasing and selling, causing short-term holders of the stock to sell their shares prior to the merger, which could cause trouble for ETH in the future.

If this is true, ETH’s price will probably reach the $2,000 mark before the Merge. The market will rise along with rapid ETH buying and staking, just as it did previously, aiding other currencies like Bitcoin to reach their previous highs.