Almost similar to Bitcoin, Litecoin is a peer to peer cryptocurrency and open source software project. It provides the fastest trading using modern technologies. Today, Litecoin is placed at no 7 on the list of largest digital currencies by market cap and is one of the most successful digital currencies in the crypto world. Litecoin is also termed as Bitcoin alternative. Want to know the man behind this massive success? It’s no secret! It was founded by a Google employee and former engineering director at coinbase, Charlie Lee. Let’s see who actually is Charlie Lee and how he managed to found Litecoin.

Charlie Lee was born in Ivory Coast, a West African nation. At the age of 13, he moved to the United States with his family. He graduated from high school in 1995 and later, got his master’s degree in computer science from the Massachusetts Institute of Technology in 2000. Lee showed a keen interest in computer technology from childhood.

Charlie Lee worked for several top tech companies such as Google and Guidewire, for some years. He worked at Google involved projects like YouTube mobile and Chrome OS. In 2001, while working at Google, Lee knew about Bitcoin by reading an article on Silk Road. This was a crucial turning point in the life of Lee. He approached the Federal Reserve System in search of a way of investing. Lee took interest in Bitcoin and the new blockchain technology that supported it. He began to experiment with mining along with the other early adopters of bitcoin. Lee also met with Mike Hearn who worked on the core blockchain client software for Bitcoin. Lee’s interest in Bitcoin inspired him to develop his digital currency, modeled after Bitcoin.

Formation of Litecoin and its Success

Numerous developers were hoping to build the next Bitcoin but Lee was far away from the only computer scientists and software engineers to make this attempt. Lee developed his first cryptocurrency project in September 2001 called Fairbix but it failed badly. He kept trying and didn’t lose hope. He knew that his struggles would not go in vain and consistently worked hard. Finally, Charlie released Litecoin in 2011, which is now one of the most successful digital currencies according to market cap.

The Litecoin Founder adopted some smart and unique techniques to make Litecoin successful. Lee designed Litecoin after the core Bitcoin code, with some adjustments that he felt would improve upon Bitcoin. These adjustments included the hashing protocol itself, transaction time for blocks and the total maximum supply cap value. This was a smart move by Charlie, giving Litecoin a lot of benefits. As litecoin was designed after Bitcoin, Lee always has worked to show the cryptocurrency as an alternative to Bitcoin, not as a competitor. He designed Litecoin in such a way that it became more helpful for smaller transactions like online shopping while Bitcoin can be more helpful for major transactions. After the release of Litecoin, Lee worked at Coinbase, a popular digital currency exchange. To spend more time on Litecoin, Lee left Coinbase in 2017.

Some years back, no one knew about Litecoin. But today, the success of Litecoin is something everyone knows about. It has shown remarkable success and is places at no 7 on the list of largest digital currencies in the world. This year, Litecoin has increased in value more than 4 times. By the end of 2020, it is believed to trade more than $500!

Charlie Lee is an influential person in cryptocurrency. By building the most important exchanges of the industry, he paved the way for Bitcoin alternatives with Litecoin. He has made a name for himself in the cryptocurrency industry through continuous struggle and hard work. He devoted all his time to founding Litecoin. The story of Charlie Lee suggests that continuous struggle, hard work, and consistency can help you achieve anything you want. Instead of an employer in Google and Bitcoin, Lee dreamt of founding his own company and succeeded in finding it. Also, after the failure of Fairbrix, he never lost hope and managed to work on its weaknesses and finally designed a new and well-secured Litecoin. 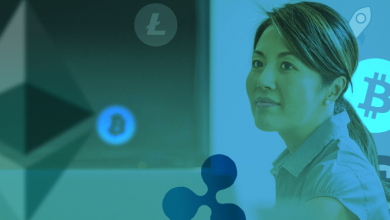 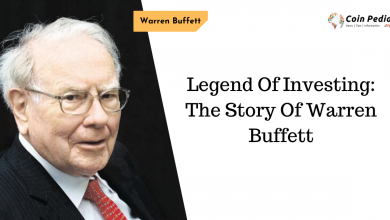 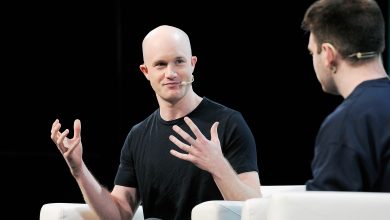