There’s no denying the fact that the crypto market has been faced with a major bearish onslaught over the last couple of months. This is made evident by the fact that since the start of May, the industry has witnessed the collapse of many major entities in quick succession. It all started with the downfall of Terra, an algorithmic stablecoin project touted to be worth $40B at the time of its collapse, followed by the implosion of other reputable crypto players such as 3 Arrows Capital, Celsius, Vauld, Zipmex, and BlockFi.

Following this spiral of destruction, approx. $2T worth of capital was wiped out from the market, leaving many to claim that the centralized finance (CeFi) market could not be relied upon due to its lack of transparency and unreliable operational mechanics, and that decentralized finance (DeFi) platforms are the only way out for crypto enthusiasts looking for true financial freedom.

And while that may be true to a certain degree, it is worth noting that the DeFi sector is also prone to its fair share of issues. To put things into perspective, over the course of 2021, rug pull scams accounted for over $2.8 billion in losses, with this number having continued to increase this year as well at a steady rate.

How oracles can make the DeFi market more secure

The idea that it would one day be possible to completely bypass the need for a centralized financial intermediary — like a bank or money lender — and accrue higher interest rates has been the promise of DeFi from its very inception. However, the recent fall from grace of highly esteemed projects like terra 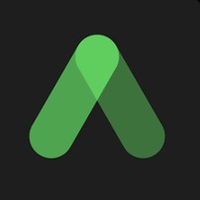 has called into question key aspects of this yet nascent space.

And, with the number of scams associated with the DeFi sector on the rise, many experts believe that irreparable damage may have been done to the reputation of this market. Infact, most of the scams that have been witnessed within this space have emanated due to miscreants taking advantage of unreliable data sources. Therefore, it is of utmost importance that quality decentralized

oracles gain more traction within the market so that such instances do not continue to rear their ugly heads in the future.

In this regard, one solution that can help bypass these issues is QED, a fully transparent oracle network that comes replete with a robust economic/governance framework that allows blockchain.com

, smart contract platforms, and off-chain data resources to connect with each other seamlessly. Technically speaking QED deploys external collateral — instead of its in-house digital currency — for honest data reporting amongst its participating data feeds. Due to this novel setup, any issues stemming from data manipulation (which has been found to be the cause of many DeFi hacks) can be mitigated entirely.

In addition to this, QED is able to maintain an extreme level of integrity and transparency over most other information feeds due to the fact that it distributes all of its data points across a vast number of digital entities. When compared with other prominent projects such as Chainlink, QED is able to offer faster price discovery, finality, network resilience, security, etc. Lastly, the protocol makes use of a “commit/reveal mechanism” that is designed to help issues related to “copycat attacks and side-channel infiltrations”.

Another project worth mentioning in this regard is Witnet, a decentralized oracle 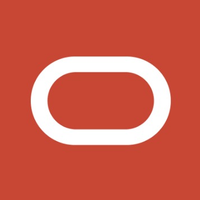 network which helps link smart contracts to a variety of real-world data repositories. Infact, the system is capable of gathering digital data that has been published anywhere across the interweb and sending it across to third-party software (along with key reference markers pertaining to the information’s veracity).

It should also be pointed out that Witnet comes with a highly developed blockchain framework alongside a resourceful crypto token — called WIT — that can be accrued by users for facilitating tasks such as retrieving, attesting and delivering relevant web content. Lastly, WIT can be deployed for payments and other internal network actions such as Retrieve-Attest-Deliver (RAD) related tasks.

The future may be decentralized but it needs to be secure

As we continue to usher in an era of digital finance led by protocols that do not feature a single point of failure, it stands to reason that the need for live data feeds that are incorruptible and totally transparent will continue to rise at a rapid rate. Furthermore, in this current environment where instances of data breaches and rug pulls have continued to grow, it is essential that the security of the DeFi economy be bolstered to a point where it can compete with its traditional finance counterparts. Therefore, moving ahead it will be interesting to see how the future of this space plays out.