As most coins begin to rebound from their recent fall, the total cryptocurrency market worth is going towards $2.2 trillion.

None of the major cryptocurrencies, including Bitcoin, Ethereum, Binance, Solana, and Cardano, have shown any substantial signs of improvement to ring in the new year with crypto market investors. The worldwide market cap has suffered as no improvement was seen in the prices of the leading cryptocurrencies’. In the last twenty-four hours, it has gained 0.98 percent.

AAVE, the Aave Protocol’s native token, is one of the top performers among the top 100 cryptocurrencies by market capitalization. The price of the token has risen by more than 38% in the last 14 days, and it is poised for more rises.

The Aave team has begun work on version 3. Capital efficiency, risk mitigation, and cross-chain bridging are all goals of the open-source protocol. The Arbitrum testnet runs Aave’s V3 protocol, which has been audited six times.

Aave is planning to debut its mobile wallet in 2022, according to Colin Wu, a Chinese journalist.

In the previous 24 hours, the price of AAVE has dropped by more than 5%. Following weeks of poor performance, AAVE has been gaining ground in recent days and is trading at $253.85.

As it recovered marginally, Aave was trading above the $231.54 crucial support level. With persistent buying pressure, the coin might reach its upper ceiling of $286.81. Its support level was $231.54, and if it fallsl below it, the coin may trade as low as $203.29. Since December 20, Aave’s price trend has been optimistic; however, the coin has had some downward price movement, which it quickly recovered from.

The price is at a good spot between support and resistance. With a support level of $237.42 and a resistance level of $260.79, there is still some possibility for growth before hitting resistance. Institutions Turn To DeFi Other Than BTC and ETH? These DeFi Tokens To Surge By 25%!

Will DeFi’s Be The Only Way Out For The Crypto Industry’s Ails This Q1? Decentralized Stablecoins To Prosper In 2022! Luna, Convex Finance, And Frax On Fire! 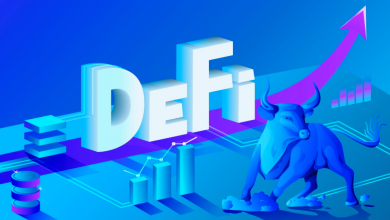