Recently, there has been a lot of buzz around the current news regarding PayPal and Venmo. Sources say that the top-notch FinTech companies PayPal & Venmo are said to launch direct crypto sales on their platform. PayPal currently has a user base of around 325 Million, this venture if successfully deployed would make this splendid news even BIGGER.

Moreover, reports say that Venmo assisted over $30 billion in payments over the last quarter. Consequently, PayPal & Venmo entering the crypto-world by facilitating buying and selling of cryptocurrencies would be a blessing for all the crypto-lovers. If the sources are true, we might expect it to launch within three months or so.

Here, one of the speculated reasons why Paypal and Paypal owned Venmo entering the crypto world might be due to their competitor Cash App by Square Inc. which is owned by Twitter CEO Jack Dorsey and it currently lists the renowned digital asset Bitcoin. Further, Square App also released its Q1 2020 reports and reported that its revenue from Bitcoin exceeded the traditional transaction systems for the first time ever.

PayPal’s Past Involvements in the Crypto-World

This isn’t the first time Paypal stepped into the crypto world. In 2019, Paypal agreed to take a seat at Facebook’s infamous cryptocurrency Libra. The vision behind this collaboration was big, bold and it was targeted at a very worthy goal which was the inclusion of 1.7 billion unbanked people around the globe. As the regulatory scrutiny of the Libra project started increasing, Paypal began distancing itself from the project.

In October 2019 Paypal dropped off the Libra Council because of all the regulation trouble Libra was facing. Paypal claimed that Facebook did not do enough with regulators beforehand. Paypal also said that they would join them back on the council once everything is resolved, leaving the door open to come back.

Now, this is not the end of Paypal’s adventurous crypto journey. Paypal had also shown interest in the Blockchain technology which allowed them to explore potential collaborations to leverage the technology. Paypal also made an investment in Cambridge blockchain which is a startup that helps companies and institutions maintain sensitive data through shared ledgers.

Back In 2014, Paypal made headlines in the Bitcoin market by announcing that it is bringing Bitcoin to its Digital Goods Payments Hub. This gave the consumers and merchants the ability to purchase digital goods with Bitcoin. Later on, Coinbase announced that they will accept Paypal for selling Bitcoin which means Coinbase users can have their USD funds deposited back to the Paypal wallet by selling Bitcoin.

Present relations of PayPal with the Crypto-World

In order to recruit a director for Anti Money Laundering (AML) and Blockchain strategy for their New York office, Paypal took another dip into the world of cryptocurrency.

Although the new director will be New York-based Paypal showed it’s further interest in the blockchain technology by adding Singapore, one of the biggest hubs of blockchain technologies and crypto-related business as their additional location. By putting together a blockchain research group unit, Paypal has been indicating that it is trying to increase its blockchain reach.

However, PayPal has declined to comment on anything on this but on the company’s public job board it was seen that they are hiring people with the Blockchain Background. They came up with two listings. The first one is for the role of ‘Technical Lead- Crypto Engineer’ and the second one being ‘Blockchain  Research Engineer’ and the descriptions of the profiles were, “New initiatives for PayPal global with a focus on agility, time-to-market, and innovation.

The role includes designing, developing, and maintaining key crypto products/features targeted towards availability, performance, and scalability of PayPal services” and “A newly formed group within the Strategic Technology Enablement team chartered with establishing expertise and opinions on emerging blockchain technologies and their potential uses within PayPal” respectively.

Further Analysis and How BIG can this be?

Paypal initially showing interest in Libra means they had clear discussions about supporting Cryptocurrencies and such digital assets. Paypal’s CEO himself declared publicly to own some of the Bitcoin. The former CEO of Paypal is also a firm believer in Bitcoin. Now if this turns out to be true then it would be FANTASTIC news for the industry and will dramatically increase its exposure around the globe.

After this news divulged, a lot of speculation was seen on Twitter as well. Changpeng Zhao, the CEO of the well-known crypto-exchange platform Binance who goes by CZ tweeted, “Welcome PayPal to #crypto! More fiat on-ramps. #adoption ”. Also, Crypto trader and DJ Scott Melker tweeted in the same context, “Big if true, huge if big, true if huge, etc.”.

Adding to this Anthony Pompliano, co-founder of Morgan Creek Digital, crypto and finance analyzer also tweeted, “300+ million people will soon be able to buy Bitcoin with Paypal and Venmo”. This definitely seems huge if happening.

PayPal’s latest 10-K filing list includes the potential rapid developments in blockchain technology and a possible risk factor for virtual currencies that may negatively impact the company. It is a  possibility that the company decided to preemptively strike against these potential risks.

Though currently there are insignificant numbers of people using Paypal for buying and selling cryptocurrencies. So it would make sense if Paypal rides with it. However this is just a rumor for now and given the speed this company moves, it would not be certain if we see this change this year or not. So till that happens we need to be skeptical about it.

Rumors can be used in financial markets to generate price, whether it is going up or down. However, it is predicted that Bitcoin can soon be worth $12500 if this deal turns out to be true. 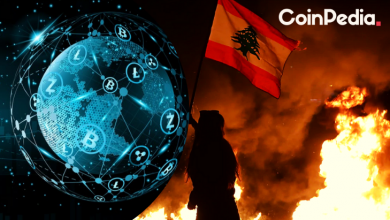 How Cryptocurrency had to contribute in the Lebanon & Venezuela Economic Crisis