Lebanon’s economic issues have been increasing since the past years. The Coronavirus pandemic just added fuel to the increasing fire. With the lockdown restrictions and the sudden downfall in the demand/supply after the effect of COVID-19 has caused Hyperinflation in the country.

Hyperinflation in itself is a word that comes with a lot of trauma and damage. Hyperinflation happens when the inflation continues to accelerate even after hitting its critical phase.

This has resulted in the deteriorating exchange rate of the Lebanon Pound day by day (from L£1500 a Dollar to nearly L£4000 a dollar). Consequently, the prices of consumer goods have surged up by more than 50%.

With the population of almost 6 Million people and increasing protests, it seems like Lebanon has a long way to go to seek any sort of recovery.The country’s flawed policy system and the sudden shock of pandemic has led to the worst economic crisis Lebanon has ever seen.

Thousands of people have lost their jobs, businesses are collapsing and people are dying in hunger due to the sudden increase in the prices of food and basic necessities.

This whole condition has made the people of the country desperate and the middle class is becoming poorer and poorer. According to reports, it is said that if this situation continues it would be possible that by the end of 2020, 60% of Lebanon’s population might plunge below the Poverty Line.

A massive blast that ripped through the port in Lebanon’s capital, Beirut, killed dozens, wounded thousands and damaged buildings across the country. Officials have said it had been caused by the detonation of chemicals stored there.  Moreover, It is not yet confirmed whether it had been an accident or an attack.

The tragedy piles yet one more layer of hardship, the country was already reeling from the worst financial crisis in its history and struggling to contain a rapidly increasing coronavirus outbreak.

The majorly damaged area is Lebanon’s biggest port, and while the second-biggest port in Tripoli has been designated as the alternative, authorities are worried how the import-dependent country will bring in badly needed food, medical supplies, and other goods.

Lebanon has already been struggling under a load of its economic meltdown, with the rapid devaluation of the lira and a soaring rate of exchange on the black market fueling inflation, shuttering businesses and plunging many of us into unemployment and poverty.

The lira’s devaluation by some 80% against the dollar since August has made imports prohibitively expensive, forcing the financial institution to read its reserves to subsidize wheat, fuel, and medicine. Fuel shortages and bread lines became common.

As we can grab, the two major reasons why Lebanon has been facing such a drastic economic crisis are :

The country’s resources have fallen to a dangerous level. In March, Lebanon defaulted on its debt for the first time, since it failed to pay $1.2 billion for the foreign bonds.

The population of Lebanon is said to be highly literate. After witnessing the traumatic financial crisis in the country, people are switching to alternative means for storing their savings which would stay unaffected amid the crisis. Henceforth, during this financial storm people are actually seeing Cryptocurrency as a safe haven despite the warnings from the regulatory agencies.

History is a witness of this, in 2008 when Greece suffered heavily, it faced an Economic recession a couple of years after it joined the European Union (EU).

Thereafter, the bitcoin exchanges reported a desperate increase in the number of volumes traded, and hence Greece accommodated one of the customer bases for the same. This resulted in a drastic increase in the value of Bitcoin and thus people started looking at Bitcoin as the ‘panic currency’.

Isn’t this how the human brain works? Isn’t this a general human tendency? If they lose faith in something they generally tend to move towards what they feel is more valuable and amid the concern of a failing economy where they might lose everything, people like the idea of a currency which has no control over their economy and in such cases Bitcoin is a tempting place to reside.

Right now, the people of Lebanon want financial freedom. According to reports, since 2019 the amount of bitcoin trading in Lebanon has drastically increased whilst the central banks are struggling. The reasons why more power is being given to Bitcoin in Lebanon are as follows:

Is Bitcoin a Perfect Fit for the Lebanon crisis?

The country’s economic condition has led to people finding solace in other currencies and banks demanding for alternative monetary policies. Though this would be good for people for the time being. But, every coin has two sides. With advantages come the disadvantages.

Here, the major disadvantage could be the volatile nature of Bitcoin. In addition, in terms of mining Bitcoin could be a disadvantage too since Lebanon’s overall electricity system isn’t mature enough.

Hence, to be fair in this matter, Bitcoin and Cryptocurrencies may not be able to fully help but again, considering  trust devouring situations like those in Lebanon this discussion can be never ending.

Venezuela’s economic crisis has been in the headlines for the past few years now. Hunger is a widespread issue there. Many Venezuelans have reported eating garbage to survive as they were unable to afford the small amount of food available in supermarkets.

According to a report from Daily Mail, even zoo animals in Venezuela are starving. The food crisis has also created an education crisis, according to a survey from 2018,  more than 1 million children were reported to be no longer attending schools, mostly due to the shortage of water and food.

Venezuela is suffering from an unprecedented man-made humanitarian crisis and resembles a country at war. Venezuela’s external debt in 2018 was reported to be $156 billion.

Extreme food shortages, medicine shortages, rampant crimes in every city, constant electric blackouts, looting, and repression are some of the major social problems in Venezuela. How could a country that was once one of the richest countries in South America reach such a worrying state?

Why are people in Venezuela starving?

Venezuela’s out-of-control inflation is the major source of this misery. As stated by a 2018 BBC article, the annual inflation rate reached 83,000% in July, and prices of goods were doubling every 26 days on average. But the wildly high prices of goods are not the only concerning effects of hyperinflation.

As a Guardian article notes, the problem comes from the fact that the supply of paper money in an economy overtakes the demand for goods and services, causing the value of the currency to fall.

The major reason has been low oil prices. Venezuela’s economy is mainly based on selling only one commodity and that is oil. In 2014, oil price dropped from $100 to about $70 a barrel and the price decline continued to a low of around $33 a barrel in early 2016.

When Venezuela had no other way to pay their debts, they dealt with it in the way other countries did in the past and that was by printing money.

Introduction of the cryptocurrency, Petro

Petro is the cryptocurrency issued by the government of Venezuela which is supposed to be backed by oil. One Petro is worth one barrel of oil. Petro was launched in February, 2018 to shore up Venezuela’s sinking economy. The government encouraged the people to use the Petro for flights, real estate and even taxes. Well, what about the technology?

Petro works on the NEM platform. There are a total of 100 million tokens in existence and all of them were pre-mined by the government.

Petro has not been traded on any major exchanges platform and a lot of experts and crypto trackers claim that there is no sign of Petro. Some experts even doubted that it was backed by oil.

Even though a white paper has been issued for Petro, it is frequently changed, even during the ICO. One example is the platform itself. Petros were initially designed to run on the Ethereum platform but then they suddenly changed it to NEM.

Also, the white paper totally ignores the fact that the currency is backed by oil that has not yet been produced. People of Venezuela only received a guarantee for a token in return for their money. There were no actual tokens issued.

Some experts argue that the collateralizing oil is a great approach to create a more stable cryptocurrency. But there is also a large group of blockchain experts that suspect Petro to have a different motive. They argue that the Petro exists, so the Venezuelan government can obtain foreign reserves more easily.

Despite all the controversies, the government re-launched the cryptocurrency in October, 2018 and several Christmas bonuses were announced by the government in 2019 to the pensioners and public employees to pay for goods in Petro.

Venezuelan population has been using Bitcoin and Ethereum to counter the effects of inflation in the country. Although the number of people using it is small relative to Venezuela’s population, the country has seen some major growth in crypto users since  2018.

This rapid growth in mid-2018 emerged out of nowhere. The failure of Petro opened gates for people to switch to other cryptocurrencies.

Charities also turned to the crypto business.  Givecrypto, a charity which takes crypto donations, raised $4 million in digital assets with the idea of helping Venezuela during its current crisis. $200,000 was distributed by the organization directly to the Venezuelans helped in sparking a crypto economy.

Educating Venezuelans about crypto is necessary. However, to this date, many Venezuelans do not have access to the internet and the country is also facing some legal barriers when it comes to cryptocurrencies.

The government has been extra enthusiastic about Petro and has given less attention to Bitcoin and Ethereum or any other crypto asset which could provide freedom to the people and help Venezuela to recover from its current situation. 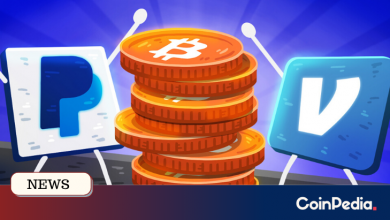