The price of bitcoin dropped as much as 15% in the last few days, crashing many people’s hope that bitcoin would take back $50,000 soon.

The drop was initiated by global fear in the markets. The potential default of the Chinese real estate giant Evergrande, the potential default of the American government, and the raging Delta variant have many investors choose to shed risk. What began as a move to take profit turned into a panic selloff when the prices of cryptocurrency plunged. On Monday alone, more than $800 million was liquidated.

However, we don’t call bitcoin a very volatile asset for no reason: bitcoin soon picks up the pieces, managing to bounce back to $44k. On Thursday, a piece of good news came that Twitter announced that users will soon be allowed to tip their favorite creators with bitcoin. The feature will first be available to all iOS users and Android users will get to enjoy it in the coming weeks.

Such a move is a great boost for the cryptocurrency ecosystem and bitcoin adoption. The market is not really so surprised with Twitter’s move as Twitter CEO Jack Dorsey has been showing keen interest in crypto assets. He tried bitcoin mining a few months ago and said that “I don’t think there is anything more important in my lifetime to work on [than bitcoin].”

Bitcoin’s plunge was also influenced by the potential interest hike from the Fed. But in the Wednesday FOMC meeting, chairman Jerome Powell indicated that the Fed will avoid accelerating the pace of tightening, which eased some of the doubts and fears of investors. Although this news may encourage investors to deposit their money into the bank and influence bitcoin’s price, analysts believe the influence would be small as the market could better position themselves for tapering now. Despite bitcoin’s little defeat lately, analysts still vision bitcoin reaching $100,000 by the end of 2021.

Bitcoin’s crazy price swings are no game for the weak-minded. It is so easy to panic and finds a way out before the price goes even lower. But more often than not, sellers find themselves stuck in an awkward position when bitcoin begins to recover – should I buy back now that the price is increasing? Or is it a trap? Hodling, while rewarding, is definitely not easy.

To make hodling an easier job, Bexplus exchange launches the BTC interest-bearing wallet with up to 21% annualized interest. Simply store your bitcoin into the wallet and forget about the crazy price swings of bitcoin. You will find hodling much easier and profitable.

No Penalties for Early Withdrawal: withdrawal requests will be processed within 1 day with no penalties for early withdrawal. If you withdraw your deposit on the tenth day of the month, you can still receive the interests generated within this period.

No KYC: all registrations on Bexplus are done via email verification. You don’t have to worry about getting your information leaked.

Trading bitcoin is stressful. If you want to take a break, the Bexplus wallet is the perfect place for you. Remember, hodl tight, hodl smart. Fortune always favors the brave and resilient. 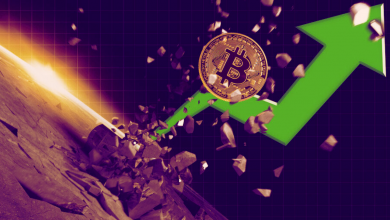