After a day’s trade below $19,000, the world’s first cryptocurrency, Bitcoin has regained $19,000 price levels. Yesterday, on September 7th, Bitcoin had plunged to $18.6k, the level that wasn’t seen since July. Though there was some resistance yesterday, the overall market is being hit by sell-off.

Meanwhile, the industry experts claim that the crypto exchanges are witnessing an increased number of Bitcoin deposits by whales. As per the reports, around 90% deposits are made by whales. 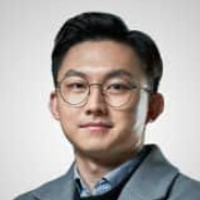 Followers : 0 View profile states that nearly 15,000 Bitcoins were transferred in the last ten days among which a few were moved to Kraken exchange. Ki Young claims that in the early hours Bitcoin was selling nearly $20K. Also says that this level is significant because $20,000 was the highest level in the 2017 bull market.

Though Bitcoin is flashing green, the currency is still lower than its key level of around $23,000. Crypto experts point out that before Bitcoin price saw its decline, the exchange whale ratio was positive. This momentum suggests that whalestats

Followers : 0 View profile are hopeful towards Bitcoin as they are actively dumping BTC on exchanges.

While the crypto exchange’s deposit ratio is increasing, the global crypto market’s liquidation has hit beyond $360 million in just 24hrs. As per Coinglass reports, Okex exchange was the one that saw a massive single liquidation that accounted for $2.57 million.

The stats also claims that in the last 24hrs nearly $125.6 million liquidation has been made from Bitcoin and also approximately $107 million worth of Bitcoin have been moved into long positions.

Though there are some positive sentiments around, the global crypto market cap is still below $1 trillion as it is positioned at $978.84 Billion.