Following last week’s bearish drag, today, the crypto space has slightly surged with the market cap climbing 0.97% over the last 24hrs. This is majorly due to Bitcoin, Ethereum, XRP, Cardano, and other altcoins signaling green. 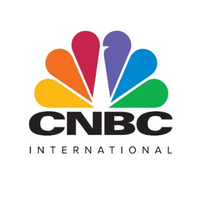 had a positive discussion regarding bitcoin org

future and this caught SchiffGold’s founder, Peter Schiff’s attention. It’s now a pattern that whenever there is a Bitcoin-related discussion by CNBC, Peter Schiff is likely to tweet about a Bitcoin bottom.

According to the SchiffGold founder and crypto critic, large advertisers and industry supporters have paid for Bitcoin mentions on CNBC. In his perspective, they are calling in some favors.

Schiff claimed that these mentions have been proposed by Bitcoin whales just to attract CNBC viewers toward crypto purchases and industry-related equities.

It’s also a popular pattern that whenever Peter Schiff has mentioned an upcoming decline for Bitcoin and Ethereum, the predictions turn out to be 100% true.

In June, the Bitcoin critic tweeted saying that the flagship currency would test $20,000 and Ethereum would plunge to around $1,200. On June 16, Peter posted another tweet claiming that his predictions turned out to be true as both the currencies were trading around the said target.

Yet again, on August 20, he took to Twitter to point out two bearish Bitcoin charts, a Double Top and an inverse pattern of head and shoulders. When both form a reverse pattern together, it is known as a Rising Wedge. He also mentioned that just five days after his tweet, Bitcoin dropped by around 14%.

However, instead of heeding his prediction, traders criticized him for spreading FUD (Future Uncertainty Doubt) with his bearish prediction.

Rally or Bust? How Bitcoin Will React to Today’s FOMC Meeting

Bitcoin Golden Cross on Horizon: Here’s The Timeline To Get Bullish On BTC Price