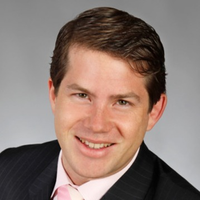 Followers : 0 View profile , the managing director of Midas Touch, an investment consultant company, is of the opinion that, though Bitcoin has gradually started its recovery phase, will have to wait another year to see its next bull run.

While in conversation with Kitco News, yesterday, July 23rd, Grummes asserts that the world’s first cryptocurrency will see its next bull run in the next six to 12 months, before its next halving scheduled in 2024.

On the other hand, the expert looking at the present crypto market sentiment, claims that Bitcoin might have entered the relief rally and could make a run up to $35,000. But he also says that the Crypto winter is yet to see its end.

Meanwhile, it’s a known fact that the ongoing inflation has forced the US Federal Reserve to hike the interest rates in turn affecting the global economy. This has resulted in stock market decline along with the Crypto market. Talking about the above scenario, Grummes advises the investors that though the crypto is on its recovery journey along with stocks, it’s important to make a cautious move due to current volatility.

On the contrary, Florian Grummes ends his interview on a bullish note towards Bitcoin stating that the adoption around the crypto space has seen a rise along with institutional investors entering the market.

Earlier he had predicted that Bitcoin price will reach the $100,000 level before the end of 2022, which he now says it all depends on the Federal Reserve’s move towards curbing inflation.