opened the market on a bullish note. Bitcoin price has reclaimed its $23,000 price levels after facing a downfall for the last couple of days.

Now, though the flagship currency is hovering just above its $23,000 range, the currency is still much behind before it revisits its all-time high of $67,000 hit during November 2021.

Bitcoin, The Strongest In Volatility

Most of the financial experts , including bloomberg

’s senior commodity expert Mike McGlone, believes that Bitcoin will unfold as one of the most beneficiary assets in the volatile market situation. This volatility in the market is mostly expected to appear in the next half of the year 2022.

Additionally, “The Bitcoin Standard” author and an economist from Austrian, Saifedean Ammous is also of the opinion that Bitcoin has the power to fix the current downfall of the economy.

Regarding the inflation of the decentralized 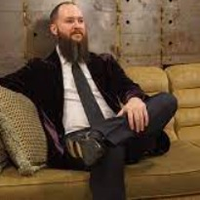 jameson lopp co-founder at casa   Since 2015, Jameson Lopp has been creating in the Bitcoin area and has established himself as one of the most well-respected voices in the Bitcoin developer community. He was originally an engineer at BitGo, where he developed the business's high-grade, multi-sig custody service, before joining Casa, a company that provides safe wallets and plug-in-play Bitcoin infrastructure solutions.   Since its establishment in 2018, Casa has grown to become one of the most popular destinations for Bitcoin hardware that is both accessible and safe. Lopp was profiled in a New York Times article in March called "How a Bitcoin Missionary Made Himself Vanish, in 15  Steps," which chronicled the cypherpunk's technique of going "off-grid" after a swatting attempt. In this age of technology and record-keeping, the piece demonstrated how careful one needed to be to restore privacy.   Lopp and the Casa team are expected to strengthen their current product line, with new products perhaps arriving in 2020. For Him, we expect him to speak at several Bitcoin developer conferences throughout the world. EntrepreneurInvestorDesignerChief Technology Officer

shows that the yearly inflation rate of Bitcoin is steadily declining along with the number of tokens still available for mining.

The estimated data reveal that by December 2030, the inflation rate will fall around 0.39%

Till today, Bitcoin has undergone several halvings and its observed that after every halving event the currency’s price has surged.

Bitcoin is estimated to trade at $284,272 by the next halving episode anticipated for 2024. This is based on the average price growth over the previous two halving occasions and the price around the 2020 halving.

Lastly, its the institutional interest that is acting as a major support for the cryptocurrency space and the price of king currency.

Th recent example include BlackRock (NYSE: BLK), a worldwide wealth management company, reportedly teamed with Coinbase to connect its customer base who have holdings on the cryptocurrency exchange.