Bitcoin, the world’s first cryptocurrency has lost more than half of its value since hitting an all-time high of $68,000 in November. Though Bitcoin bulls had slightly moved above $30k recently, the bears were strong enough to pull back the price below that level.

A few traders and investors are of the opinion that Bitcoin’s current performance is a result of Terra’s LUNA and UST crashes. Though this is true, investors are cautiously waiting for the threat to pass. Bitcoin, on the other hand, is unable to remain in its current range for long, signaling that a breakout is approaching.

Bitcoin To See A Breakout?

At the moment, the market sentiment suggests that the bear market will resume. This means that Bitcoin will fall out of its current range, indicating an additional downside. If this is true, we might witness a retest of Bitcoin’s recent lows around $26,000, or perhaps lower. 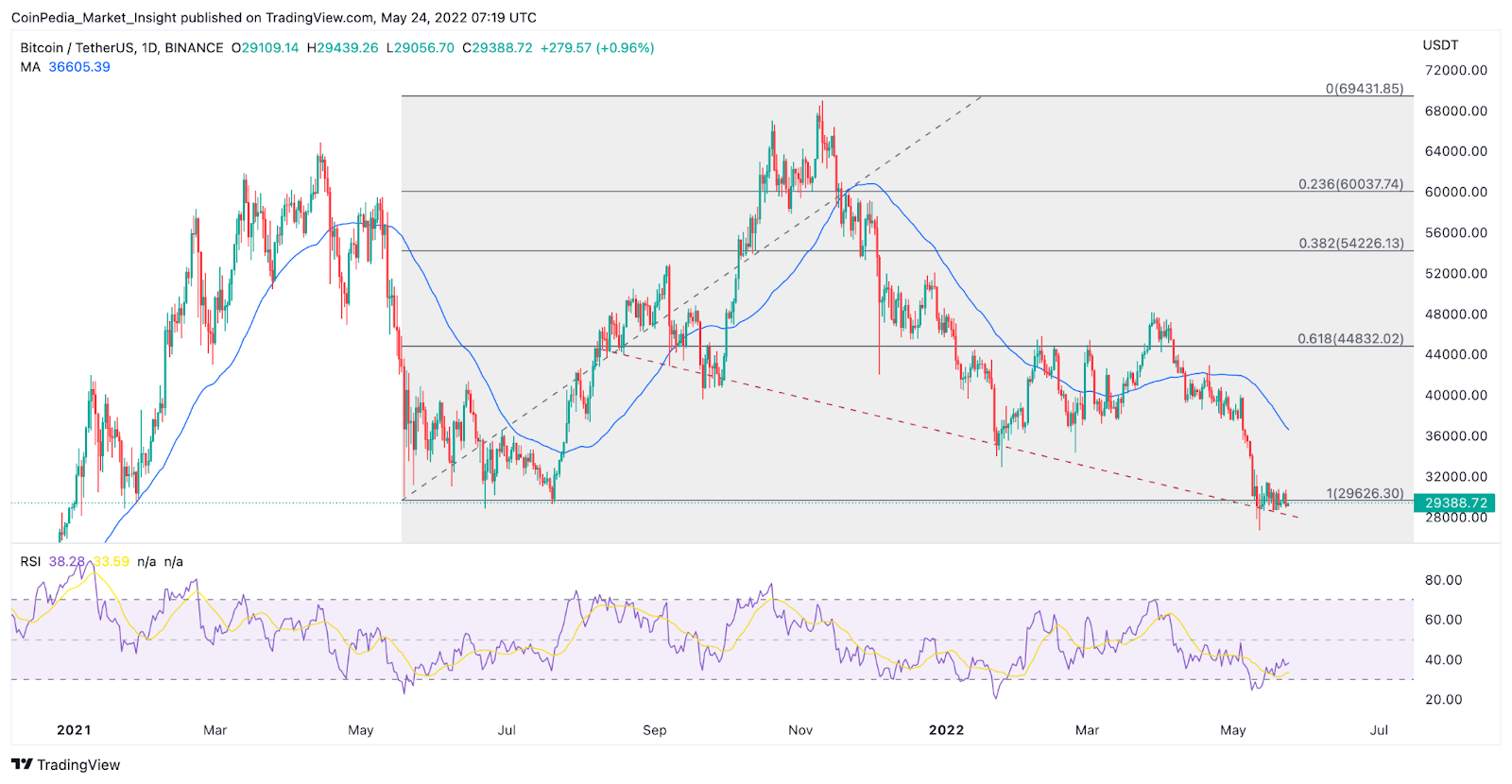 A bullish situation fueled by a whale and institutional buying might lead to a robust upswing along with retesting the previous support. The 0.5 Fibonacci line, for example, intersects the $37,500 price level, which was formerly a solid support zone. For that retest, Bitcoin would have to climb by at least 22% from its present price level.

The amount of Bitcoin exchange inflows and outflows grew marginally in the recent 24 hours. Inflows to the exchange are now at 19,409 BTC, with outflows slightly higher at 19,530 BTC. This explains the tiny increase in the previous 24 hours, but the difference is insufficient to suggest a possible breakout direction.

Over the last 24 hours, the number of addresses holding 1,000 or more BTC climbed marginally, from 2,206 to 2,208. It’s an indication that whales and institutions are still holding on to their Bitcoin purchases. Though they have stopped selling BTC, this might be just for the time being. The path ahead still looks hazy, yet the breakthrough is close at hand.

What If Bitcoin Price Drops Below $19k? Here Is The Possible Scenario

Dark Days Ahead For Bitcoin, Claims This Well-Known Analyst

State of Bitcoin & Stablecoins in The Crypto Crash 2022