As the price of Bitcoin touched the $61k price point, heavy profiteering started and it dropped back to $54k and has recovered a bit since then.

Five key indicators indicate that major sellers are about to revert to hodlers and even accumulators of Bitcoin, while institutional demand remains strong. This is a powerful setup that will propel Bitcoin price to new all-time highs in the near future.

Institutional Demand Does Not Take a Dip:

Some institutional investors are taking on bitcoin exposure, and the focus shifts back to institutional players with deep pockets, which can support the next leg higher above $60,000 in BTC. Also since November 2020 institutions have been accumulating bitcoin in greater quantities in the form of long term investments.

One week before its initial public offering, Coinbase announced the current Bitcoin rally has helped its revenue rocket by 847% during the first quarter.

The number of whales, or Bitcoin addresses with a stability equal to or greater than 1,000 Bitcoin, has decreased by more than 10% since February 8, indicating a significant sell-off of Bitcoin.

Although the worth of Bitcoin managed to make two all-time highs over the two-months dumping interval, the general value increase has considerably slowed down with value discovering sturdy resistance at round $60K. Since March 31, however, giant holders of Bitcoin have stopped promoting.

Grayscale, the most significant digital asset supervisor, announced yesterday that it has simply undergone rebalancing for its digital large-cap fund on the expense of promoting Bitcoin.

If rebalancing is the main driver, and considering that the number of addresses keeping equal or greater than 1K BTC has returned to levels last seen at the end of the year, whales may have finished selling for the time being.

Long Term Hodlers Slow Down the Pace At Selling Bitcoin

Long term hodlers are eventually refraining from selling their holdings. The selling has not drastically slowed down but it seems to have come to a mid ground. Even as the price of bitcoin tops $55,000 – more than double its previous all-time high near $19,000 – data shows that long-term bitcoin HODLers do not appear to be selling their holdings. On the other hand, newcomers have been reaping the benefits.

This also indicates that Long term hodlers have become more optimistic about the king coin and it’s price action in the near future.

Weekly Ascending Triangle and Its Indication:

A weekly ascending triangle has formed since the beginning of February. According to statistics, this chart sample has a higher chance of breaking to the upside than to the downside.

The size of the triangle indicates a potential break-out target of $79,000 if the value had been to disrupt to the upside. While neither the upside breakout nor the value target are certain, it is a chart value to keep track of alongside the key on-chain indicators.

Long term investors, Miners and as well as whales are showing pure optimism and confidence in the soaring value of bitcoin.

The ascending triangle gives us even more reason to believe that this transfer is on the way, and that it will be positive. Although no one expects Bitcoin to reach $79,000 in the near future, a breakup of the triangle is a possibility that should be considered because not all main on-chain indicators have fully aligned yet.

Since Bitcoin miners’ main source of income is newly mined Bitcoin, they often need to sell their mined Bitcoin to cover their operating costs, which are similar to the costs of electricity. Some miners, on the other hand, are normally value speculators.

They become network accumulators by delaying the sale of Bitcoin. This is reflected in the Miner web location update, which shows a 30D shift in the provision stored in miner addresses. This optimistic change means that miners count on increased costs within the close to future. 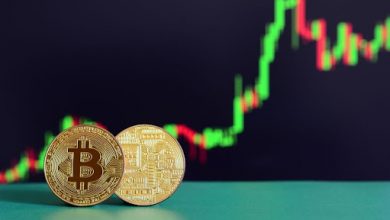