After experiencing a descending pattern for weeks, the world’s first cryptocurrency, Bitcoin price has found some relief as BTC reclaimed $20,000 level. The past couple of days have been favorable to most of the cryptocurrencies as they have seen some decent gains.

The overall sentiment around Bitcoin appears to be positive where the market participants believe that the currency will continue with its price surge.

Bitcoin Price To Raise Or Fall ?

A well-known analyst, Bendik Norheim Schei who leads research at Arcane has claimed that Bitcoin might hit $25,000 if the currency maintains the trade above the $22,500 area. Norheim portrayed his bullish stance while in an interview with Barron’s, a financial news source. 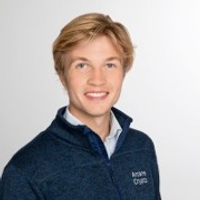 has an opposite belief as he is of the opinion that Bitcoin is set to experience massive volatility in the coming days.

The analyst asserts that though the current volatility of Bitcoin is at a very low level, it is expected that the currency will be hit with extreme volatility in either direction. The reason for expecting such a volatility is due to traders managing leverage amidst a restricted trading environment.

Until now, the King currency has successfully managed to maintain its trade above $18,000 which indicates that the support level is strong. The main reason for Bitcoin price stepping above the $20,000 area is due to the profit pattern maintained by the US Stocks in the last two days.

The market participants are now waiting for nonfarm payroll numbers to be released by the US Labor Department. Nonfarm payroll is the one that gives the data of the number of people employed in the previous month and this data will influence Fed’s upcoming rate hikes.