Bitcoin price rally successfully retested the area at its previous ATH around $58K, broke out from its bull flag and rallied to a new all-time high. The BTC price was going parabolic in recent times and therefore a new ATH was on the cards.

The price gained a huge bullish momentum that assisted to hit a new milestone close to $60K. However, ever fundamentals are looking much stronger which may help to scale the next upcoming leg for Bitcoin. According to the co-founder of Glassnode, Jan & Yann, all the indicators are in healthy territory.

According to the co-founder, the tactical graphs that include BTC- Futures, BTC SOPR, BTC ASOL and BTC Liquid supply change, all are in a good position.

How the Price Managed to Break the Upper Resistance?

The BTC price has maintained a very narrow trend in recent times, which might have impacted the bull run inversely. However, as much as $250 million worth of shorts were liquidated as per the reports put up by analysts, Joseph Young. The liquidations happened in the past 4 hours which might have led to a massive surge.

However, after smashing $60K that looks effortless, the next milestone to be achieved would be much higher. According to an analyst, Nicola Duke, the next upcoming target maybe somewhere around $72,500 to $73,000.

Despite many indicators showcased a bearish divergence, Bitcoin refused to go down, which forced the chart to flip into bullish. Currently, it is mandatory for a continued bitcoin price rally, the daily close should happen above $58,500 levels. 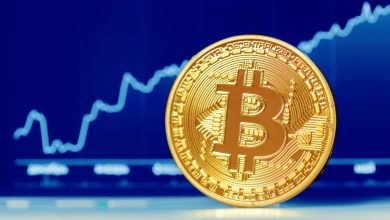 Bitcoin to Break The Major Resistance Ahead Of It, Altcoins Show Mixed Reactions while XRP and LUNA Outperform! Bitcoin Price Stood Bullish 8 Days Straight, A Dump-Week May Be Waiting Ahead!