On Thursday, Bitcoin and the larger crypto market had a mixed start to the day. While BTC price held a 46.86 percent share of dominance, the bulk of altcoins were still looking for direction in the cryptocurrency market.

Where will Bitcoin Price head next?

Bitcoin has built a base above the $32,000 level, signaling the start of a new uptrend. The king coin climbed back through to $33,000 levels, avoiding the first key support level at $32,000, to limit the morning losses. It then broke through the $33,500 resistance to enter the positive zone.

Also Read : When Is The Best Time To Buy Bitcoin & Altcoin?

we could see a break higher once the current retracement ends and the market moves to the $37,500 resistance. In this scenario, the next resistance area is seen around $40,000-$42,000. If it breaks, Bitcoin price could see a lot more upside over the following weeks.

According to a poll conducted by PlanB himself among his followers, 40.7 percent of crypto investors predict Bitcoin would remain below the six-digit mark before December 2021. 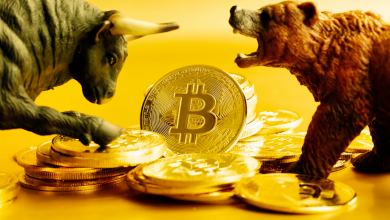 Bitcoin S2F Is Unaffected! Major Event Coming up for BTC, Watch Out These Levels

Is Bitcoin’s Strength Diminishing In Each Market Cycle?

Despite Bearish Trend! BTC Price Will Hit $200K! Here’s When