Many people aren’t considering a bullish scenario, but indications are emerging that Bitcoin Price is on the verge of reversing its trend. Here are some indicators that BTC is due for a resurgence.

Similarly, given its current stage in the cycle, the stock to flow (S2F) model suggests that BTC is due for an upward rebound at the $30,000 level. The S2F model treats Bitcoin as a commodity (due to its fixed supply and restricted issuance, similar to gold), and thus considers circulating supply and processing speed in determining scarcity and thus price.

THE S2F MODEL and 4 year Period HAVE Proved to be reliable in bitcoins short history. The continuation of this crash into the next few weeks (effectively the end of the bull cycle) will invalidate the S2F model and 4-year cycle model, which have been sound so far, according to PlanB, the model’s founder. Many analysts indicate that it’s not yet time for things to turn around for the worse. S2F presently plots the lower band at $30K, which is this week’s existing low.

The number of stablecoins on exchanges has reached an all-time high – according to Lex Moskovski, there are “a lot of bullets waiting to be deployed from the sidelines.” Of course, this may simply be a result of a large number of new entrants into the cryptocurrency ecosystem, but it most certainly indicates that major players are preparing to make large purchases.

Furthermore, John Bollinger, the inventor of the Bollinger Bands indicator, claims BTC is approaching a local double bottom. All of these metrics add up to paint a more accurate picture of Bitcoin’s immediate short-term prospects than the market suggests.

Bitcoin supremacy has reached a local low of 40% and has been slowly trending upwards, indicating that altcoins have more to think about (currently sitting at 47 percent ). It will most likely recover even further as the market sheds the excess weight that vaporware coins added during the speculative altcoin mania bubble.

Thousands of new coins (mostly in the form of BEP-20 and ERC-20 tokens) have been produced in the hopes of following in the footsteps of older meme coins like Dogecoin’s popularity. Although many of these coins had market capitalizations in the millions, it was clear that anything of this magnitude could never be sustained, particularly given their fundamental utility.

The crypto fear and greed index has reached levels not seen since April 2020, which was around the time of the last crypto market crash, which sent BTC below $4,000 and saw it lose over 50% in two days at the height of the pandemic “Black Thursday.”

In retrospect, it was an excellent time to invest, but it wasn’t always clear at the time. Bitcoin has dropped over 50% in the last few days, from a peak of $65,000 to a low of $30,000 on Wednesday – is the index back on track, and is this slump a blessing in disguise for those holding stablecoins on the sidelines? 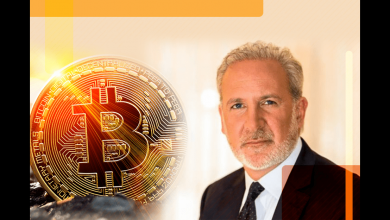