Many speculate the asset follows a particular pattern of a notable dip before a steep jump.

Gold may have entered the battle by offering ‘buy at the dip’ moment, hence a tough fight to bitcoin

The cryptocurrency market is currently in a grim phase, after Bitcoin fell to its lowest level in more than seven weeks, barely days after setting a new high. On Sunday, the largest crypto asset had dropped 10.1 percent to $54,743.57, after falling as much as 15.1 percent to $51,707.51 earlier in the Asian day.

More than one million positions were taken off the books as a result of Bitcoin’s flash crash, which set a new high for liquidations. According to Bybt, this meant that $10 billion in positions were liquidated.

Popular Crypto influencer and Youtuber Ben Armstrong does the aftermath of the recent Bitcoin price crash and sheds light on the tentative reasons that triggered the crash in the market.

His first reason is the news of the massive power outage in China’s prominent province of Xinjiang, last night. which took the Bitcoin’s hash rate trembling down by 40%. As the province fuels massive Bitcoin mining for the sell-off.

He believes while the entire market tries to find out the one reason for the fall, all of these could be just possibilities.

The next reason he sites is the reports that the United States Treasury is going to tackle with huge financial institutions for money laundering orchestrated through digital assets.

This news bought about a 15% plunge in the price.

However, the analyst says, this shouldn’t have a big effect on the market, as nothing much has really changed.

Turkey’s Ban on use of Cryptos for payments

Turkey’s central bank has outlawed the purchasing of products and services with cryptocurrencies and crypto-assets, citing “irreparable” potential losses and serious risks in such transactions.

The last and the interesting reason is some Coinbase insiders dumping huge stacks of shares over last week’s launch. He notes that Brian Armstrong dumped $300 Million worth of stock.

The Coinbase IPO had pumped up the Bitcoin prices, but right after, the insiders dumped the majority of their shares the price naturally plummeted.

According to Armstrong, this draws parallel that the cash generated by share sales is getting influx into Bitcoin and that is how a plunge of 21% would check out.

Bearish Blues for Bitcoin. How Much Will BTC Price drop Before Rising Back Again? 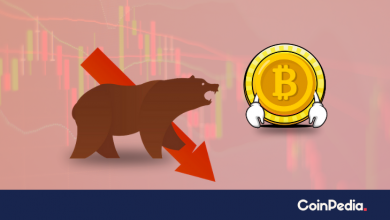