Moreover, the recent withdrawal of FTX’s acquisition deal by Binance has created enough turmoil to build massive selling pressure for leading assets like Bitcoin, pushing it below the support level of $17K.

The domination of bears has been further triggered amid the current market crash led by FTX’s native token FTT’s collapse.

Additionally, the crypto exchange inflow saw a surge of over 5000 BTC in the last 24 hours, hinting at a panic situation among investors. 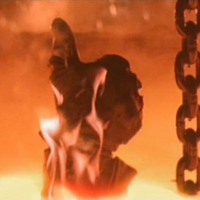 , predicted that Bitcoin might retrace more to the downside as it recently broke its support level, formed during the previous crash in June.

According to Rekt Capital, BTC’s recent breakout below its monthly support level of $17,400 could turn into a fresh resistance level in the BTC price chart if it witnesses more dips.

Any rejection from $17.4K will plunge Bitcoin to the immediate monthly support level of $14,000, slowly leading to a capitulation zone for BTC.

Moreover, BTC may follow its historical price correction as it can make a bearish price correction of 84.5% following its 2021 bearish cycle. In that case, the BTC price may make a low of $11K in the upcoming days.

The analyst further highlighted that the crash of a crypto exchange has historically brought bear cycles for Bitcoin, and this bearish trend of BTC is no exception following FTX’s demise.

Rekt Capital mentioned that seller exhaustion is one of the major factors in accelerating the downtrend as it said,

“Capitulation cannot take place in one take. When sellers are exhausted on a strong move down, it doesn’t take many buyers to promote a strong bounce. But when the bounce loses steam, sellers return to pile on the pressure.”

BTC Tends To End On A Bearish Note

After slipping to the lows of $15.5K, Bitcoin has been making a slow and steady upward rise following the positive consumer price index (CPI) data released by the U.S. Bureau of Labor Statistics.

Our technical analysis reveals that there may be further bearish momentum for BTC before skyrocketing by the beginning of 2023.

The RSI-14 is hovering around a range of 34, gearing up to take BTC to the next support level.

The Bollinger bands are also getting closer as the lower limit is at $15.8K, an immediate support level for Bitcoin.

If BTC price retraces below and trades near $15K, we can anticipate a further bearish trend which can head towards the next support level of $14.1K by the end of December.

The MACD line is dropping vertically, building a quick support region for Bitcoin below 23.6% Fib retracement from its current value.

However, a bullish comeback for bitcoin org

is not happening soon as BTC will likely consolidate in a bearish trend till this year’s end before sparking a fresh surge in 2023. 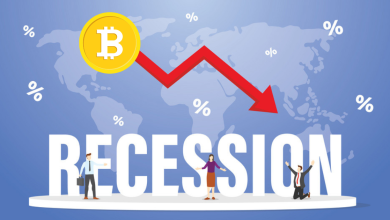